Christopher Clements, 36, was charged Friday in the deaths of Isabel Celis and Maribel Gonzales.

Clements is currently in custody in Maricopa County jail on multiple fraud and burglary charges, according to online court records, KNXV reports. Clements has a lengthy criminal record including convictions for a child sex crime, identity theft, assault, and failing to register as a sex offender.

The Arizona Daily Star reports that on March 3, 2017, after talking to Clements, officials were able to find Isabel's remains. They were discovered in the same general area where Maribel's body had been found. 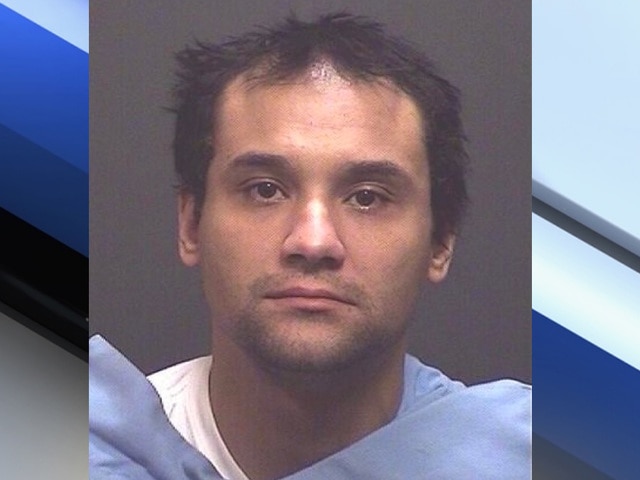 Tucson Police confirm remains found in a remote area of Pima County, Arizona are Isabel Celis, who went missing in 2012.

Police would not release more details about her manner of death, about suspects or the status of the investigation Friday.

Chief Magnus did say the discovery was not "happenstance."

Police ask for any information from the public. Tipsters can remain anonymous.

Magnus did not release the exact location of the discovery, but he said the area was thoroughly processed for further evidence.

A 6-year-old girl is tucked into bed by her parents. The next morning she's gone. And police say it appears she snatched right from her bedroom window.

Isabel Celis was kidnapped right through her bedroom window in the dead of night in April 2012. Who's to blame for this little girl lost? Is the truth hiding in plain sight?

Or is it in newly uncovered security footage recorded the night she disappeared?

Isabel Celis, the baby of the family, is adored by her parents Becky and Sergio and her two older brothers.

It was just after 11 p.m. on April 20, 2012 when Becky laid out Isabel's softball uniform for her game the next morning, then kissed her spunky daughter good night.

Sometime between 11 that night and 8 the next morning, everything changed.

Sergio goes to wake up Isabel for her softball game, but finds her bed empty. Sergio and his sons frantically search the house and yard.

Then, Sergio's son comes to him with chilling news.

"I'm looking in the garage, and that's when Sergio came running in saying 'Dad, her screen's laying on the back, her window's busted out,'" said Sergio Celis.

Sergio races to the backyard. To his horror, he sees Isabel's bedroom window is wide open, the window screen pulled down. It looks like someone reached right through her window and snatched little Isabel out her own bed.

"Kind of, you know, freaking out at this point. And I called Becky at work," said Sergio.

In her 911 call, Becky can barely hold it together.

In the backyard, police discover a set of work boot footprints near an electrical box and on top of a gas meter. But then suspicion takes a turn that leads closer to home.

"Law enforcement is going to look at the family very closely whenever a child goes missing," said KOLD-TV Reporter Som Lisaius. "Statistically, three in four cases, that usually plays some sort of role.

Sergio has never been named a suspect.

Days, weeks, months go by as the Celises wither under public scrutiny.

"All the family members have been interviewed. And we haven't ruled anybody out," said Tucson Police Detective Greg Wright.

"From the beginning, the police said everybody's a person of interest. We're OK going through the ringer and having everything part of our lives investigated," said Becky Celis. "And by all means, go right ahead."

"It feels like the investigation has never gone any further than right here," said Sergio. "That's what is so frustrating."

Sergio and Becky are desperate to find their daughter, and tired of waiting for answers, they contact private investigator Jerry "Kelly" Snyder.

"We looked at one of the relatives of the family, and his friend that basically didn't have six hours that they could explain as to where they were the day that she went missing," said Snyder.

That relative is Justin Mastromarino, Becky's cousin. He had an apartment nearby, but had previously lived with the Celises for more than a year.

"We need her home safe, safe and sound, you know," said Mastromarino in a public appeal the day Isabel disappeared. "We like to hope that she just went for a walk and is going to come back unharmed."

Mastromarino made a public plea the day Isabel vanished. But within two weeks, he also disappeared from the Tucson area.

"Shortly thereafter this same individual shipped his car off to another state, he then hired one of the best lawyers in Tucson, a criminal lawyer, and you know -- Bingo, another red flag," said Snyder.

After that, according to Sergio, Mastromarino stopped talking, even to the Celis family. He has only one thing to say.

Police never name Justin Mastromarino as a suspect. He denied a Crime Watch Daily request for comment too. Emails from his lawyer firmly state: "He does not want to do an interview."

But the friend who says he was with him the night Isabel disappeared did speak to us, telling us where they were and what they were doing that night.

"It was April 20, 4-20," said Sabastian Hartsfield. "It's 'national weed smoking day,' so of course we drank and smoked weed, did all the fun stuff."

Private investigator Snyder claims Hartsfield and Mastromarino partied late into the night, finally crashing at Justin's apartment at around 2 in the morning and waking up at about 8 a.m.

"I don't know," said Sabastian. "I mean I would be tired of people looking at me and accusing me of this. If I had the money to take off with all the people, FBI agents, private whatever, I would have left. I don't see any wrong of him leaving. Unfortunately I can't leave."

Did he have anything to do with Isabel's disappearance? "No ma'am," said Sabastian.

Did Justin have anything to do with Isabel's disappearance? "No," said Sabastian. "I definitely want to say deep down inside that I know Justin, and I can say no."

Private investigator Kelly Snyder has a lot of questions about the story, the timeline and their credibility.

"The relative that I'm talking about, he ended up contacting his attorney and then ultimately his attorney contacted me and told me not to ever contact his client again," said Snyder.

"The relative that I'm talking about has moved to a different state," said Snyder. "Why is this guy leaving town and why is he acting the way he is? So we just kept pursuing that lead."

Justin Mastromarino has never been named a suspect in Isabel's disappearance. But the family is suspicious because he left town just days after Isabel went missing.

Sergio and Becky want to talk to Justin, but he's telling them, and Crime Watch Daily, to talk to his lawyer. And his lawyer told us he's not talking either.

So Crime Watch Daily traveled to Mastromarino's mother's place in Florida, where Celis family P.I. Snyder says Justin shipped his Jeep to try for answers. We want to give him the opportunity to tell us what he knows, if anything, about the disappearance of Isabel.

We tried every door on the property, with no response. Neither Justin nor his mother answered our pleas to speak about Isabel.

Despite the family's suspicions and the private investigator's allegations, Tucson Police are still looking at a number of other possible suspects.

"We've spoken to several of the P.I.s that were hired by the family, and unfortunately for them, they don't have all the information that we have, so they can come to their own conclusions," said Tucson Police Detective Greg Wright. "But no, I don't share their conclusions."

Police have been frustrated over the past four years. Many leads have taken them to a dead end.

Now Crime Watch Daily has just uncovered previously unreleased footage from three store security cameras pointing toward Isabel Celis's neighborhood, including the streets and alleyways around her house. We scoured through hours of footage from the early-morning hours of April 21, 2012.

Cars, coming and going at all hours. At 1:24 a.m., a large van passes through. At 2:36 a private security vehicle stops and hits the lights.

Then at 3:32, a figure crosses the front parking lot. A little later, another figure of a man crosses the lot.

Then at around 8:45 you can see the Isabel's family looking around her house about 150 feet down the street from the camera. You can see Becky racing home in her SUV.

But in the entire recording, we never see an image of a little girl.

Tucson Police have not commented on the video, but say they are tracking every lead.

"We've had over 2,200 leads come in from the community and surrounding areas," said Det. Wright. "Some of them have shed some light on some things, others haven't. We're still working this case. It's an open, active investigation. I mean, we have a missing child and we're not going to stop until we solve it."

An age-progression image depicts how Isabel would currently appear. 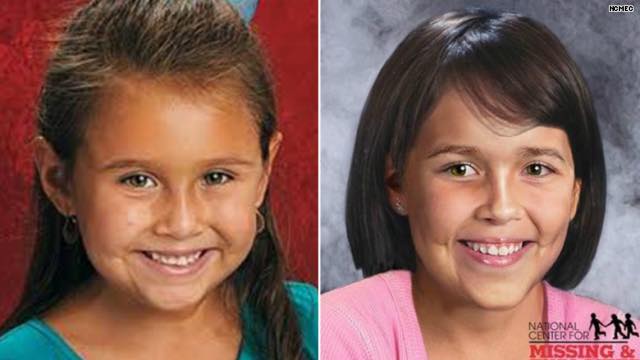 If you have any information on where Isabel Celis might be or who took her from her bedroom, you can submit a tip anonymously to Crime Watch Daily , or call or text our tip line at (844) 800-CRIME.

Police would not release more details about her manner of death, about suspects or the status of the investigation Friday.

Chief Magnus did say the discovery was not "happenstance."

Police ask for any information from the public. Tipsters can remain anonymous.

Magnus did not release the exact location of the discovery, but he said the area was thoroughly processed for further evidence.

The Tucson Medical Center released a statement on the family's behalf, KOLD-TV reports. Becky Celis has been a part of the organization for many years, according to the Center.

"We want to thank the community for the support they have continued to show for Isa over the years and for refusing to give up hope. Now is our time to mourn. Weask for our privacy during this time so that we can do that."

"The family has no additional comment at this time. Additional inquiries to the family should be directed to TMC," a release from the Center said on Friday.