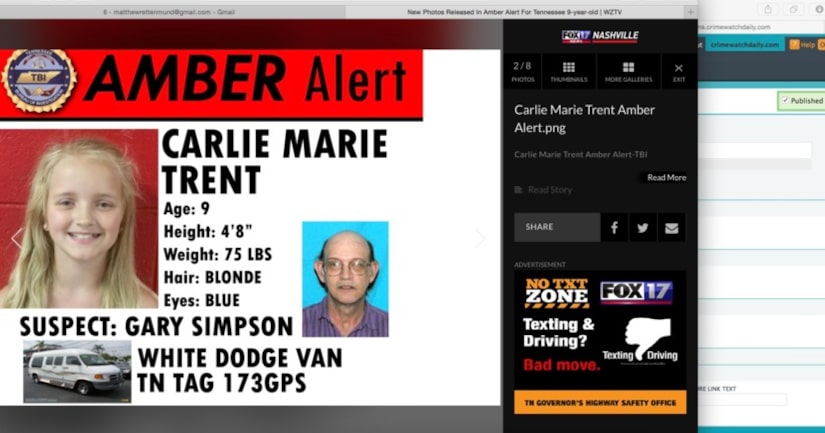 Previously, an endangered child alert had been issued for a 9-year-old from Rogersville, Tenn. who TBI said was taken from school by her non-custodial uncle under false pretenses.

She's believed to be with her non-custodial uncle by marriage, Gary Simpson, who took her from school Wednesday under false pretenses, TBI said in a news release.