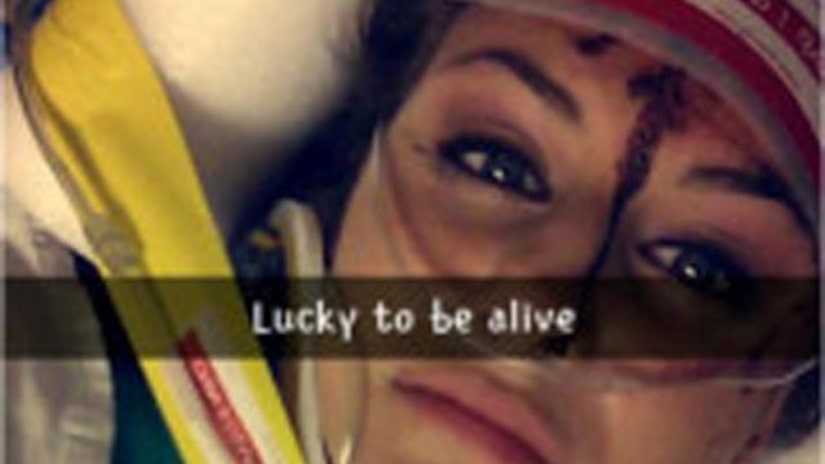 But CBS46 tracked down a witness who said the lawyers have it all wrong.

Henry Williams is one of three other passengers who were in the car when the crash occurred in September. He said he was sitting right beside Christal McGee, the young lady named in the lawsuit for Snapchatting behind the wheel.

All the proof we've seen so far of McGee using Snapchat that night is a selfie she took from the ambulance stretcher...but that was after the crash.