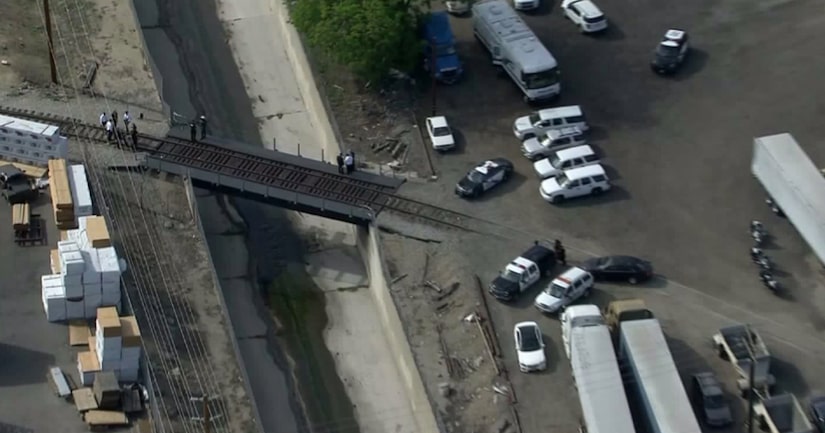 BURBANK, Calif. -- (KTLA) -- A dead body that was wrapped in a black plastic bag was discovered near railroad tracks in Burbank Thursday, prompting a police investigation.

The body was discovered by a Caltrans employee around 12:30 p.m. near tracks behind Stock Lumber, at 640 N. Victory Blvd., according to Burbank Police Department Sgt. Claudio Losacco.

The corpse was on the ground a few feet from two rusted old rail cars. It was wrapped in black plastic, aerial video from Sky5 showed.