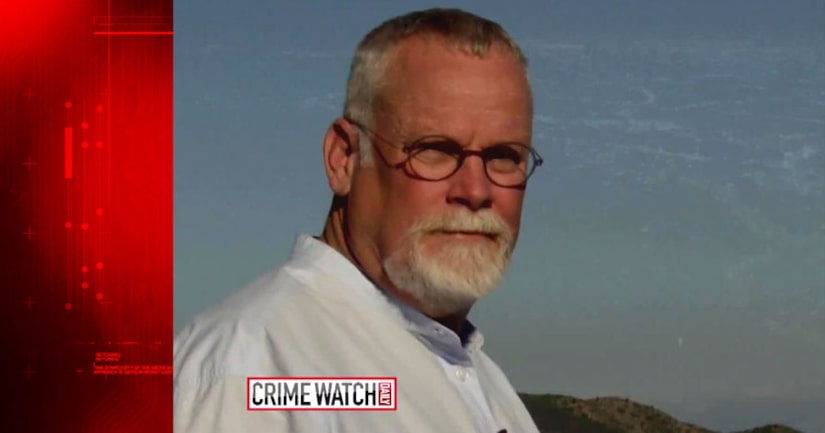 Most of the time, crime doesn't pay. However when it comes to author Michael Connelly, that's a whole different story.

Connelly is one of the most successful crime writers in the world. So we wanted to find out how the former building construction major in college became a best-selling writer. He's the guy who literally wrote the book on crime in Los Angeles.

The man behind the hit show "Bosch" and the Matthew McConaughey movie The Lincoln Lawyer, has sold more than 60 million books worldwide.

When it comes to cops and robbers in the city of angels, Michael Connelly has seen it all.

Michael dove head first into the world of crime fiction after one wild night when he was 16.

"I had a job at Fort Lauderdale, Florida as a dishwasher at night and I was driving home at midnight one night and I stopped at a red light and saw this guy running down the sidewalk at the light where I was stopped, and I saw him hide something in the hedge and kept running, so when the light changed I made a U-turn and went over to the hedge and reached in, and it was a shirt and it was wrapped around a gun, and it was the first time I've ever held a gun in my life, so I quickly put it back in and I went back into my car and went down the street to follow the guy, and I saw him go into a bar," said Connelly.

Instead of running away, Connelly wanted to do the right thing and help out the police.

"And what I didn't see was the crime a couple blocks down," said Connelly. "A man with a gun had shot somebody trying to rob him.

"Most of that night I was assigned to a pretty tough, no-nonsense kind of detective and he took my statement and questioned me," said Connelly. "And I was really fascinated by him, so I started reading stories about similar-type characters or people with those kind of personalities, and that's what led me to fiction, crime fiction."

Connelly wanted to learn more about this dark and dangerous world. First he worked as a reporter for a small-town newspaper.

"Because with that press pass you could get into police stations, you can get into the detective bureaus like I'd spent that night," said Connelly. "You can get into courtrooms, into crime scenes, you can talk to victims and witnesses, you can do everything that would give you exposure to the world you wanted to write fiction."

Connelly eventually moved to California and wrote about crime in the big city for the Los Angeles Times.

"And I was literally talking to probably 100 detectives a week and I would take something from everybody and little pieces would be absorbed by me, put in a metaphoric back pocket when I could write fiction," said Connelly. "I was always trying to write fiction at night and so forth, short stories and nothing that got published, but it was all part of that learning process."

And the hard work paid off. Michael Connelly fulfilled his dream of becoming a crime author. He has written 29 novels, and most of his stories take place in sunny and sometimes seedy L.A.

"I felt like as police reporter, when I went home at night I knew secrets about the city nobody knew, so I felt like a prince of the city, and I wanted to use that when I wrote these books," said Connelly.

And his fans can't get enough of another Connelly character: edgy, tough-as-nails police detective Hieronymus "Harry" Bosch of the LAPD.

"Every day I'd be talking to detectives, and I was taking things from all these people," said Connelly. "And so Harry kind of comes from all over. I can't say there's this detective that was so smart, so good at the LAPD that I based this on him. There's no one like that."

And as one of the executive producers on the TV show "Bosch," Connelly has created the perfect mash-up of Harry's cases for old and new fans.

"It was hard and it was also fun," said Connelly. "I was very lucky with Harry Bosch. There's like 19 or 20 stories he's in, and we can draw from whatever we needed to best tell the story about this character and rethink them, modernize them.

"Right now I am working on two projects," said Connelly. "In the morning I work on the third season of Harry Bosch the TV show. Then in the afternoons I get to work on a Harry Bosch book that will be coming out soon. So I'm pretty busy. It's kind of like 24 hours of Harry Bosch every day."