A Crime Watch Daily update on Eddie Tipton: He's the former lottery official who would rig the numbers in a multimillion-dollar drawing -- only to be busted before he could collect his prize. Tipton's scam might be bigger than anyone ever thought.

Lotto fraudster Eddie Tipton is a portly computer geek convicted of rigging the lottery. He's in trouble again, facing new charges. And in this sensational Crime Watch Daily update, Eddie's brother is facing his own charges.

"What we're alleging here is that the defendants were part of a larger network," said Dave Jobes, Iowa Division of Criminal Investigation.

"Tommy Tipton's role would have been in purchasing a ticket in those states," said Jobes. "In this case, Colorado and then Oklahoma, that ultimately were winning tickets for those particular draws."

The affidavit says Tommy won more than $568,000 in the Colorado Lotto and "recruited a friend to claim the ticket" because "he did not want his wife to know about the win as they may be headed for divorce."

In a statement Tommy Tipton said: "On the incident, which was 10 years ago, I did nothing wrong. It's unfortunate that there will be some who want to try me in the court of public opinion."

And you'll never believe why Tommy says the man in the hooded sweatshirt man isn't Eddie.

"The person in the video also is buying hot dogs. Eddie's not a hot dog guy," said Tommy.

So how did Eddie rig the game? Prosecutors say Eddie, the former lottery security director, secretly installed a "rootkit," a computer program that alters the hard drive and then self-destructs.

The rootkit changed the random-number generator to select Eddie's numbers.

"We feel that within the last several years, acquaintances and a family member of Eddie Tipton have purchased and collected winnings through manual-play lottery tickets," said Jim Saunders, Iowa Department of Public Safety.

And one of Eddie's close friends is caught up in the web: Texan Robert Rhodes is charged with one count of forgery and one count of fraud.

Prosecutors say he helped filter Eddie's ill-gotten gains and is connected to a questionable payout of more than $783,000 in the Wisconsin Lotto.

Rhodes was fighting extradition to Iowa, so he hasn't entered a plea. Rhodes surrendered to authorities in Polk County, Iowa on Thursday.

"This is a very active ongoing investigation," said Saunders.

And that's not all: The guy who won the jackpot following Eddie's phony win says Eddie ripped him off too.

"It's the right amount of money," said Lotto winner Larry Dawson after he won more than $9 million in the Hot Lotto. "The ticket was purchased at the Dock Stop in Webster City, and I jumped up and I said 'That's me.'"

Now Larry says Eddie's swindle shrunk his potential jackpot, and he's going to court to get it enlarged.

"The odds aren't exactly what we'd call 'great' to win the lottery, and if you actually win you should get your prize," said Jerry Crawford, Larry Dawson's attorney.

After Eddie's phony win, the lottery reset to $1 million. The lawsuit claims that when Dawson became the next legitimate jackpot winner, the $16 million Eddie won should have rolled over into the prize pool, making it about $25.5 million.

"What we're asking the court to do is award Larry the amount of the jackpot immediately prior to that drawing, because frankly everybody who played in the December 29th game played in a rigged game," said Dawson attorney Nick Mauro.

Meantime, Eddie Tipton faces a second trial this summer on the new charges. He was already sentenced to 10 years for his previous conviction. He's free pending his appeal.

One sure bet: The only numbers in Eddie Tipton's future may be the ones on his orange jumpsuit. 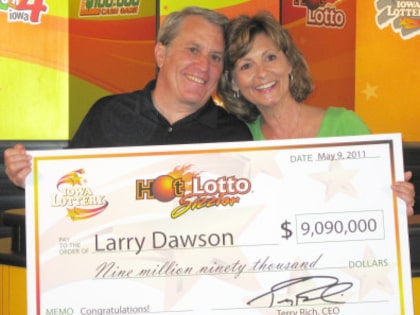 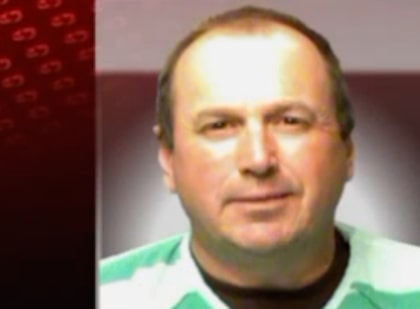 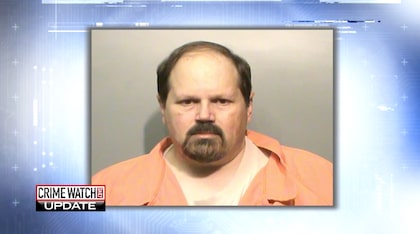