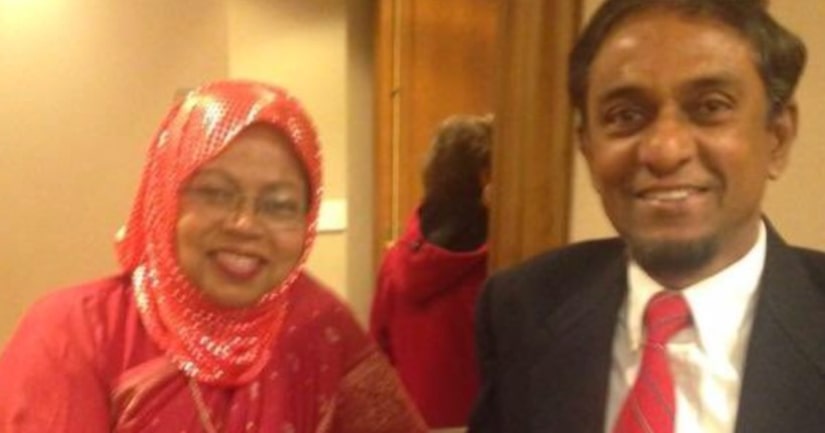 SAN JOSE, Calif. -- (KTLA) -- Detectives are investigating the slaying of a husband and wife who were found shot to death inside their San Jose home beside an eerie, ink-scribbled message.

The bodies of Shamima Rabbi, 57, and Golam Rabbi, 59, were discovered at about 1:47 p.m. Sunday in their Quimby neighborhood home in the 3000 block of Lucas Court, according to San Jose police Sgt. Enrique Garcia.

Police were called to the home to investigate suspicious circumstances and found the couple dead. Both had been shot at least once.