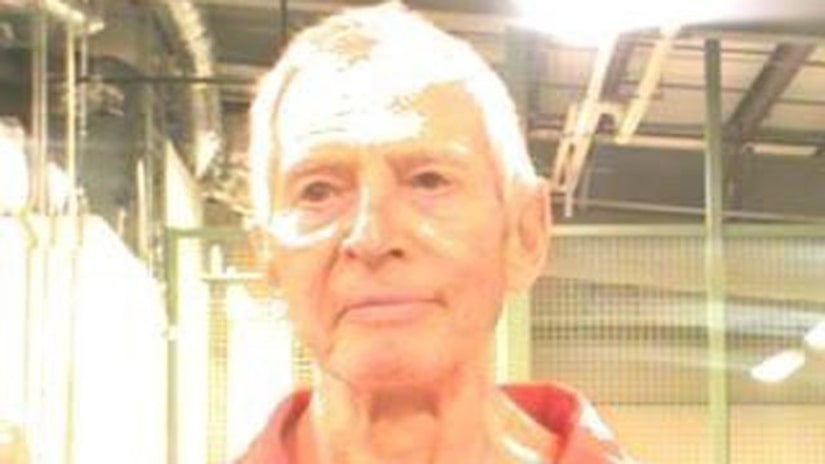 NEW ORLEANS -- (WGNO) -- A small, frail Robert Durst needed to be helped to the stand Wednesday morning during his sentencing. Before making a decision, U.S. District Judge Kurt Engelhardt asked Durst if he had anything to say. He told the judge he was guilty of these charges but said, "I'm not guilty of murdering Susan Berman."

Last October, a warrant for Durst was signed by a Los Angeles judge. Days later, the FBI found Durst in a New Orleans hotel room, under the alias: Everette Ward. They also found a loaded gun, mask and 40-thousand dollars in cash. Investigators say he was trying to leave the country.

Prosecutors did not want to make a comment. An extradition date has not been set.

Durst's sentencing also included a $5,000 fine and a three-year supervised release after prison. He will be credited for time served.

After that, Durst will be prohibited from handling firearms or drugs, and must cooperate with DNA testing.

The plea deal affected two other jurisdictions, including Pennsylvania and Texas. Durst has 14 days to appeal, but again, his lawyer said they will focus on the case in California now.

When the judge asked Durst to speak, here's a complete transcription:

"I'm guilty of these charges, but I've been charged with murder in California. I've been waiting to get to California for almost a year, so I can state I'm not guilty. Anything you can do to speed up the process, please do, I really want to express my statement that I'm not guilty of murdering to Susan Berman."