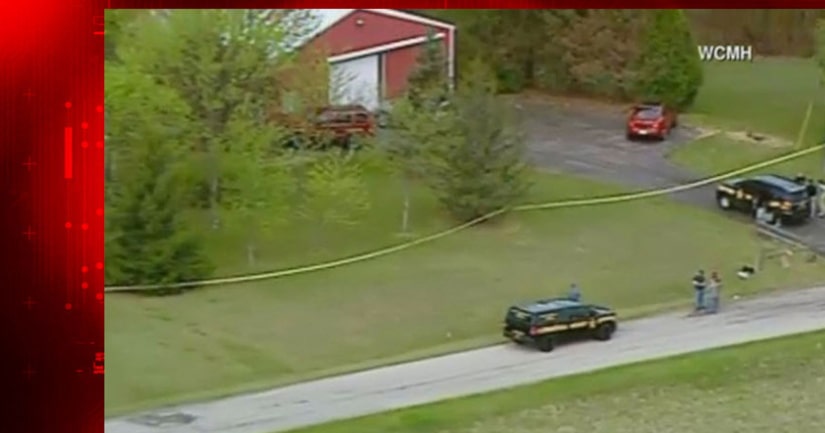 The seven adult victims and one 16-year-old male were shot in the head “execution-style,” said Ohio Attorney General Mike DeWine.

Investigators have not determined whether the individual acted alone in shooting eight members of the Rhoden family, some of whom were asleep in bed, DeWine said. Three children survived – a four-day-old, 6-month-old and 3-year-old.

Reader believes the Rhoden family was targeted in the mass shooting.

"We are taking every precaution," Reader said. "My staff along with Ross, Jackson and Adams County agents are going to go and find other family members to check on them and to make contact with [the Rhodens]."

At a press conference Friday afternoon, DeWine and Reader urged the public to come forward with tips about the crime and gunman. Anyone with information is asked to call 1-800-BCI-OHIO.

The victims were found inside four separate homes along Union Hill Road. Three of those homes are within a 1.5 mile walking distance, investigators said. The fourth home, where the final victim was located, is about 30 miles from the other family homes.

The four-day-old that survived the killings was sleeping in a bed as one of the victims was shot, DeWine said during a press conference on Friday.

A preliminary investigation shows that none of the eight killings was by suicide, officials said.

The Bureau of Criminal Investigation sent a large number of agents to lead the investigation. Multiple other agencies are assisting BCI and Pike County at the crime scenes.

Federal authorities said in a tweet they are closely watching and ready to assist.

Piketon is a rural area about 75 miles east of Cincinnati.