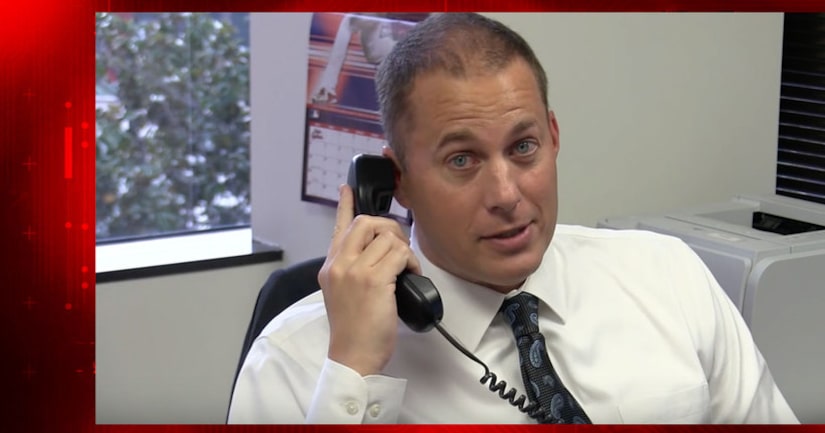 The Orange County District Attorney's Office released a video earlier in April showing the interaction between an investigator and a fraudster calling to perpetrate an IRS scam.

The video was released to raise awareness about IRS scams.

In this type of scam, according to the OCDA, callers claim to be IRS employees, even using fake names and fake ID badge numbers. The caller ID field is often altered to make it appear the call is coming from an IRS office. The caller may have accumulated information about the target. If no one answers, a callback request is often left for the target.

"The reason of this call is to inform you that the IRS is filing a lawsuit against you," a voice says on a message left for OCDA Supervising Investigator Damon Tucker. "To get more information about this case file, please call immediately on our department number."

Tucker returned the call and recorded the conversation.

"I can just penetrate you from the phone itself," the fraudster tells Tucker. "You're a young lad, OK? Because old guys don't have time for this b-------."

"Well, it actually ties up your lines for a few minutes to where you can't call the possible victims, but actually you are calling the police," Tucker says. "That's the part that's hilarious."

"Haha, that's not possible," says the fraudster. "You're a liar too."

"How do you guys rip off people from their money?" Tucker asks.

"It's easy to rip off people. Americans are stupid," the fraudster says. "Americans are fools. 'Vegetables,' we call them."

"You just talk to the Americans and you make out how stupid they are. It does work. We pick up old people. We pick up non-Americans, we pick up immigrants. We pick up some of the dumb girls. We really hunt girls well, OK? Young girls, they are dumb," says the fraudster.

"A victim is a victim, no matter if they have a thousand dollars or one dollar, they're still a victim," says the fraudster.

"You're a busy man?" says the fraudster. "What kind of busy man calls a dumb--- person like me?"

"The police," Tucker replies. "That's what I'm trying to tell you. I'm actually getting paid to do this right now.

"That's the funniest part. I'm actually recording everything you say, and you're actually calling the police. That is the hilarious part of this."

Tips to protect yourself:

If you receive a phone call from someone claiming to be from the IRS but you suspect they are not an IRS employee, the OCDA's Office recommends:

If you receive a call from someone who is trying to defraud you, please report the incident by sending an email to the IRS at phishing@irs.gov with the subject line: "IRS Phone Scam."