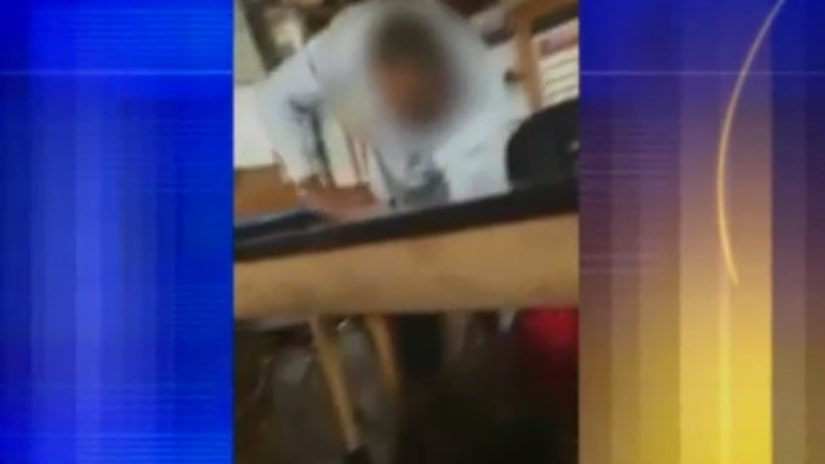 MILWAUKEE -- (WITI) -- A teacher's aide from Bay View High School was arrested after an incident in a classroom that was captured on camera.

The video, which was shared with the FOX6 News Facebook page on Wednesday, April 20th, shows a physical altercation between a 39-year-old teacher's aide and a 14-year-old student at Bay View High School. It shows the teacher's aide push the student into a desk, and then hold him down on the floor. The teacher can be heard leveling expletives at the student during the entire incident, which happened shortly before 11:00 a.m. Students tell FOX6 News it happened during a freshman biology class.

"I was just watching it like 'this is unreal. I cannot believe this,'" Jacquan-Anthony Wilder, a student at Bay View High School said.