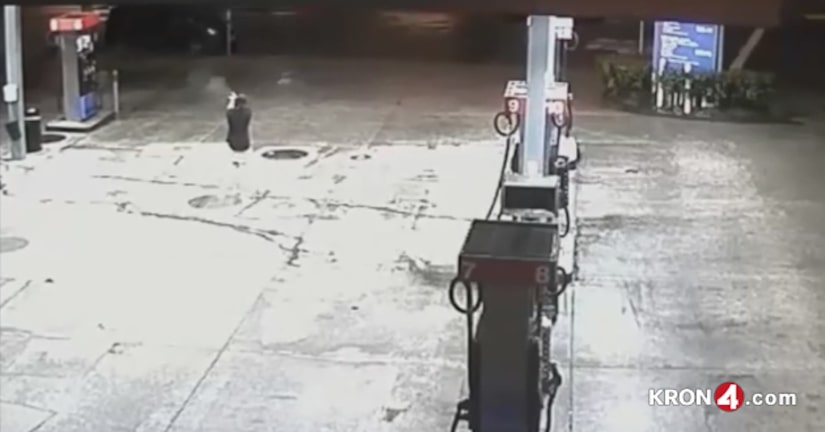 The incident happened early Thursday morning at around 3:35 a.m. on the 2100 block of Kittredge Street.

Officers responding to reports of shots fired made contact with a 39-year-old homeless man who was identified as the gunman's target. The man was not hit or injured by the gunfire.