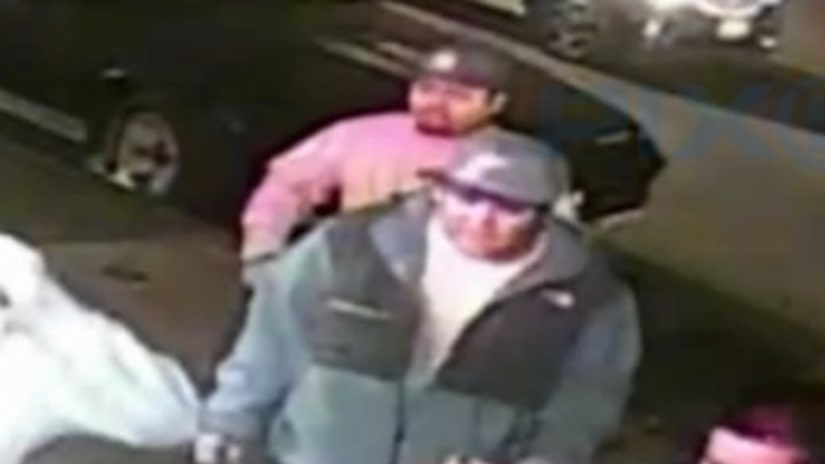 BROOKLYN -- (WPIX) -- Surveillance video caught a group of men viciously beating up a patron – apparently unprovoked – outside a Brooklyn bar over the weekend.

The NYPD said the attack happened outside Vaqueros restaurant on Myrtle Avenue around Sunday midnight.

A 26-year-old man was leaving the bar when he was jumped by at least eight men, police said. The alleged culprits can be seen on video punching, kicking and stabbing him with a sharp object and hitting him with bar stools.