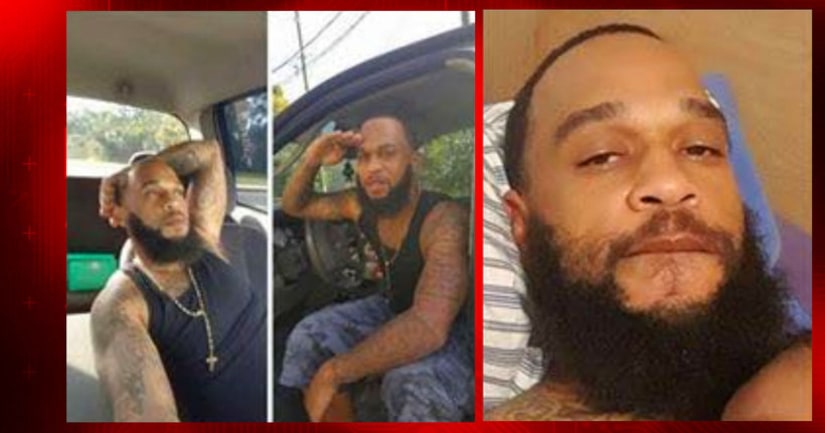 ST. AUGUSTINE, Fla. -- (WJXT) -- The U.S. Marshals Service is offering a reward up to $5,000 for information leading to the arrest of a man wanted in connection to a double-murder last week in St. Johns County.

Investigators are still looking for Johnny Williams Jr., who has been on the run since two shootings that left 24-year-old Jamie Wilson and 18-year-old Keiwuan Murray dead and another woman wounded.

St. Johns County Sheriff David Shoar emphasized Friday that the department's No. 1 goal is to bring Williams into custody. He is still considered armed and dangerous.

The sheriff's office announced Tuesday that the U.S. marshals are offering a reward for tips that lead to Williams' arrest.

To contact the Marshals office with information about Williams' whereabouts, call (877) 926-8332 or go to usmarshals.gov.

Shoar said last week that after Wilson, Williams, their 2-month-old son and a 4-year-old niece got out of a car in front of a home on Rollins Avenue about 1:40 p.m. Tuesday, Williams shot Wilson. He then got back into the car and hit a stroller holding the baby before driving a few blocks to the corner of Duval and Fourth streets, where his mother lives.

Shoar said that after talking with his mom, Williams went outside and shot at a group of people where Murray was standing and Brittany Tobler, 28, was also hit by gunfire. Shoar said Williams had an ongoing dispute with a group of people that included Murray and Tobler that had nothing to do with why he shot Wilson.

Tobler and the baby hit by the car were taken to Flagler Hospital for treatment. Both were treated and released.Investigators later confirmed that the maroon Ford Contour deputies believe Williams used to leave St. Augustine had been stolen. That car was found abandoned on Kenmore Street, just off Norwood Avenue in Northwest Jacksonville.

Shoar said investigators have reason to believe Williams is hiding out in Jacksonville.

Shoar said the sheriff's office is still asking for tips from the public and reminds residents not to approach Williams if they see him. He said to call authorities immediately.