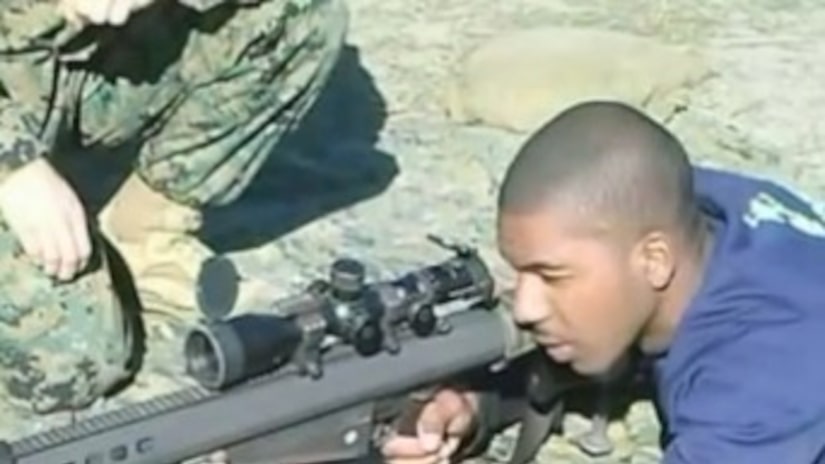 LOS ANGELES -- (KTLA) -- A suspected burglar and getaway driver who mesmerized Los Angeles on Thursday in an epic, televised car chase was a trained tactical vehicle driver for the U.S. Marine Corps before being “prematurely discharged” in January, the Pentagon confirmed Friday.

Herschel Reynolds, 20, both horrified and delighted Angelenos as he spun “doughnuts” in Hollywood, dodged a TMZ tour bus, and crisscrossed the city on a flat front tire before surrendering to sheriff's deputies.

On Friday, the U.S. military said that Reynolds had previously served as a motor vehicle operator for the 1st Marine Logistics Group at Camp Pendleton.