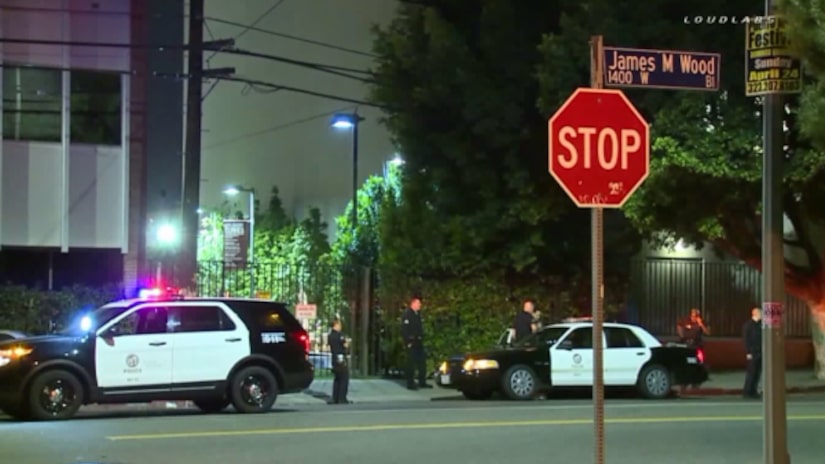 LOS ANGELES -- (KTLA) -- A man who pretended to be an Uber driver and brutally sexually assaulted a female passenger, prompting police to shoot at him, has been arrested less than a week after the violent attack in the Westlake area, Los Angeles police Chief Charlie Beck said Monday.

The incident began about 3:30 a.m. Sunday, April 3, when LAPD received a call about a woman screaming from inside an SUV in the area of 1300 block of Ingraham Street.

Officers did not have the exact address when responding and began searching parked cars for the assault, Beck said.

“As they drive by … they hear the screams. They can see the assault going on in the back seat of this SUV,” Beck said.

The officers tried to get into the vehicle, but it was locked. When they began smashing the windows, the attacker jumped into the driver's seat and began accelerating away.

Smith allegedly accelerated toward officers, one of whom was struck by the SUV's door. One officer fired a single shot that didn't strike the driver, Beck said.

As the SUV sped away, with the female victim still inside, the officers called for backup and jumped into their patrol vehicle to follow.

About four blocks away, after a frantic search, they found the victim, dumped onto the street, Beck said. She was discovered at James M. Wood Boulevard and Columbia Avenue.

DNA evidence from a sexual assault kit and the scrapings from the victim's fingernails led to a match in a state crime database, according to the chief. Investigators found Smith's location and served a search warrant that led to his arrest, Beck said.

The chief praised the victim, saying she fought “valiantly” against her assailant, despite being choked into unconsciousness three times and brutally sexually assaulted.

A friend had ordered an Uber for the victim, who was waiting at Eighth Street and Vermont Avenue when an SUV pulled up and its driver asked if she was waiting for Uber, Beck and L.A. Mayor Eric Garcetti said.

“This was a young woman who through absolutely no fault of her own was targeted and selected right off the street by a predator,” Beck said.

He praised the quick work of investigators who found the suspect, saying he was the kind of individual who might have embarked on a series of such crimes across the city.

Uber, Beck said, had been very helpful during the investigation.

“There's no blame to the victim here … but it is so important that when you're using a ride application like Uber, to make sure the person you're getting into the car of is the person they say they are,” Beck said.

The Uber app tells users the license plate of the driver's vehicle, as well as a description of that vehicle. Sometimes the app includes a photo of the driver as well.