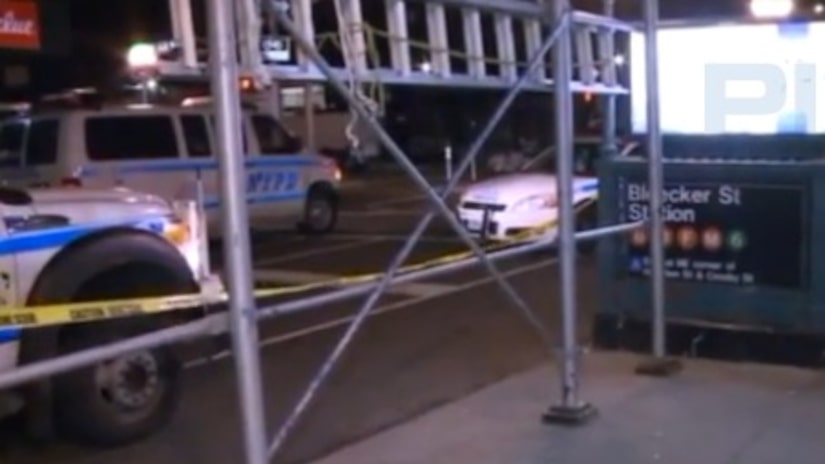 The NYPD said they received a call around 3:30 a.m. of an attack inside the Bleecker Street subway station in NoHo.

Edward King and his friend from Crown Heights were leaving a friend's birthday party to head home when they found the victim climbing up the subway stairs and bleeding profusely.