Crime Watch Daily has an update on a teacher in prison for her relationships with several underage students. Our Pat LaLama talked to one of the teen victims preyed on by Michelle Yeh.

Now a prison wall separates the former San Pedro, California biology teacher from the teenage male students for whom she once lusted and abused.

One of them spoke anonymously and exclusively to Crime Watch Daily. We'll call him "John Doe."

"Ms. Yeh and I probably had sex at least a dozen times," said John.

It began, according to John Doe, when he was only 15. The 28-year-old Yeh brazenly groomed the teenager, right in the classroom and right under the noses of fellow students.

"Sometimes she would give me candy, smile at me, give me money when I didn't need it or ask for it," said John.

Soon enough, the rewards came in the way of academic achievement.

"She helped me a lot in class," said John. "Sometimes when I felt I did bad on a test or on a quiz, I would get a better grade than I know I didn't deserve or work for."

During summer break, John got a call: An invitation to a movie -- then the kind of offer a teenage boy could hardly refuse.

After the purchase Yeh drove John to his home. John was eager to set up his new Xbox. Michelle Yeh had another connection in mind.

"She just like, giggling and like putting her hand all over my arm, my face and stuff, telling me I'm buff and how handsome I am, and then starts to kiss me," said John. "And then from there we ended up having sex."

With John's single mother Lois working three jobs, Yeh knew the coast was clear. Only John's older brother knew what was going on.

Yeh continued to shower John with gifts, trips to Disneyland and compliments.

"She called me a 'powerhouse, a 'young stallion,' I think referring to the way I would have sex with her," said John. "Me getting all these new things that I never had or I couldn't afford or moms couldn't afford."

Like most young victims, John Doe didn't see the criminality of Yeh's actions. The "relationship" went on for two months before things got, in his words, "creepy."

"She said she wants to be my mentor until I get older, and we could continue," said John. "She was calling me her man."

Yeh wrote: "You only kissed me for like five seconds. I want a makeout session of at least two to three minutes."

"She would tell she wanted to show more affection, emotion, more tongue when we kissed. I barely kissed her anyway, so she wanted more," said John.

John wasn't sure how to get out from under the building pressure of Michelle Yeh and her need for more romantic encounters. He didn't have to -- his brother would end if for him.

"Me and my brother were arguing one morning, and he had known about Miss Yeh and I, and he got mad and called my mom and told her that me and Mrs. Yeh had a relationship," said John. "My mom called the cops."

"I couldn't breathe for I think probably the first 45 seconds, literally took my breath," said John's mother Lois. "I was shocked, I was mortified. I was angry."

Lois went immediately to the Los Angeles Police Department, whose investigation would ultimately unravel a tangled web of seduction: sexual liaisons in motels, even the classroom. According to detectives there were four victims. John found out he actually knew the others, who all shared striking similarities.

Yeh snubbed our cameras shortly after her arrest, but she couldn't avoid swift justice.

Yeh was convicted and sentenced to nearly four years in state prison for crimes against three of the teenagers, and she'll have to register as a sex offender.

Case closed -- but the wounds are still open for the victims and their families.

"My son has lost confidence. I witness it every day. That comes from the chastising that he has to go through with his peers," said Lois. "He was always very outgoing. And now he alienates himself. And I think he does that because he feels socially awkward. He's not as open as he use to be. He's withdrawn."

Lois resents what she sees as social acceptance when the perpetrating teacher is a female.

"I've actually heard people making comments, you know, like, 'Right on!' or 'Did she have a nice ass?' or 'Oh, that would be so cool. I wish I was him.' I mean these are statements that I've actually heard from grown men making about my son and Miss Yeh," said Lois.

"Most of my friends and stuff, they would think I would flaunt it, but it kind of makes me feel awkward, especially with young ladies around me, it just makes me feel self-conscious," said John.

As far as Lois is concerned, there's another perpetrator responsible for what happened to her son: That's the Los Angeles Unified School District.

In a civil suit filed against the district, the family claims Yeh's predatory acts caused John severe emotional distress, and physical and psychological injuries, alleging in court documents that LAUSD had a mandatory duty to properly supervise its students on campus and to protect the minors and students from harm caused by unfit and dangerous individuals.

"In this particular case, there was grooming-type behavior that was going on at school in her classroom that the district knew or should have known about," said James Lewis, an attorney with Taylor & Ring.

LAUSD told Crime Watch Daily it does not comment on pending litigation. But with the Michelle Yeh case as "Exhibit A," James Lewis is determined to have teacher-student criminal liaisons removed from the curriculum.

"This lawsuit is aimed at demanding accountability and also ensuring that there are changes put into place so this doesn't happen to other children," said Lewis.

"I think that people need to take a step back, really evaluate the situation and see this for what it is: It's child abuse," said Lois. 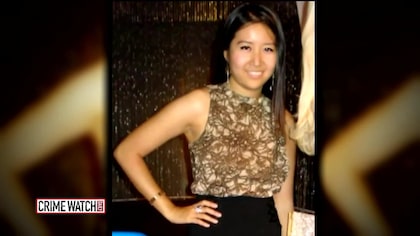 Troubling trend of teachers accused of sex with students 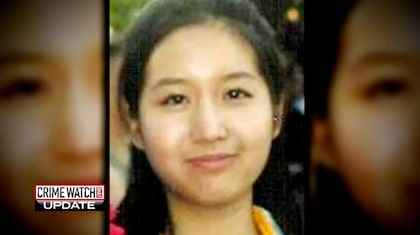