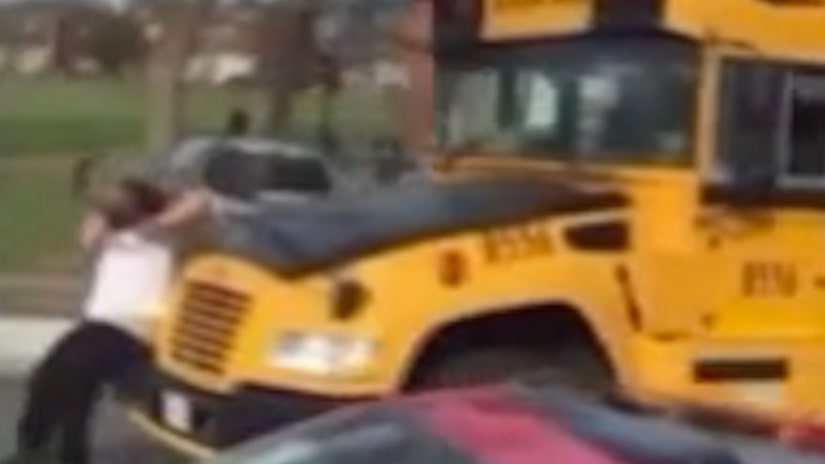 BOSTON -- (WGN) -- A school bus driver in Boston has been caught on video dragging a man who was clinging to his vehicle.

Disturbing video shows parents screaming as a man dangles from a school bus in Mattapan.

James Burdett, now walking with a limp, says it all began after school on Thursday when he tried to pick his five-year-old daughter up at the bus stop.