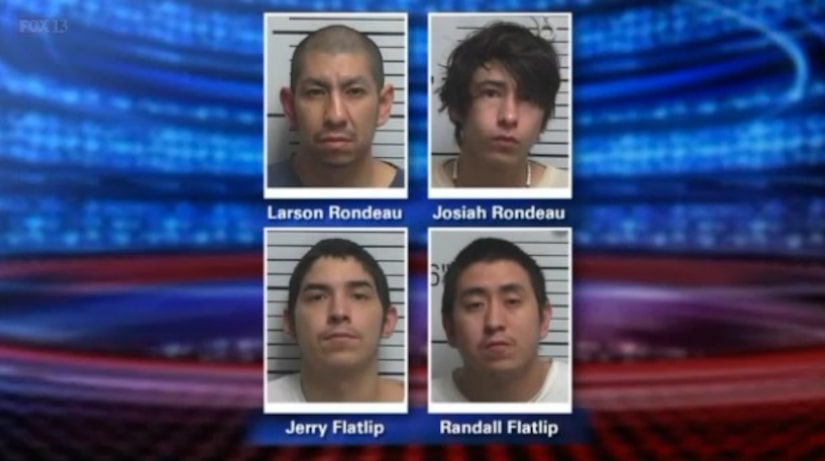 VERNAL, Utah -- (KSTU) -- Four men were booked into jail on felony charges after they allegedly raped a 9-year-old girl while her mother was smoking methamphetamine in a garage with a friend.

According to a statement of probable cause filed March 30, the alleged assault occurred Easter Sunday at a home in Vernal.

The 9-year-old victim was with her mother at that home, where the mother was hanging out with a friend she met while incarcerated in jail. As the 9-year-old girl slept on the couch, her mother and that friend agreed to go into the garage and get high on methamphetamine.