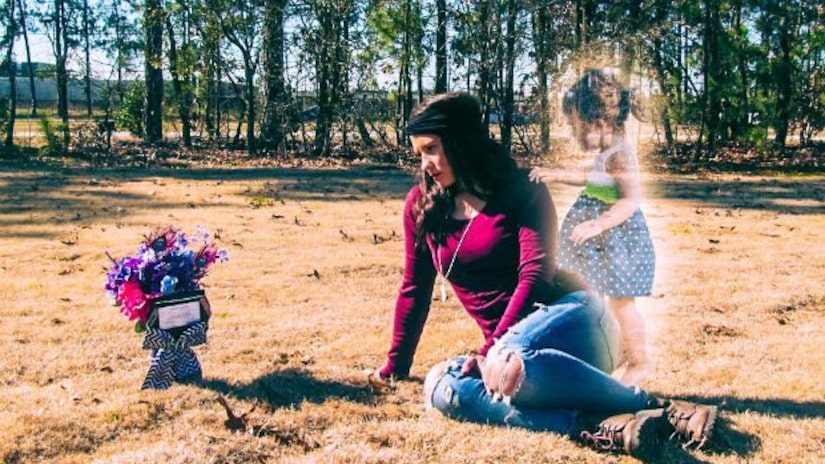 FAYETTEVILLE, N.C. -- (KXAN) -- A Pennsylvania photographer is furious after creating photos of a Fayetteville mother with her deceased daughter after the mother was charged with first-degree murder.

Ditty had reached out to Sunny Jo, a photographer in Pennsylvania who creates portraits of family members with their deceased loved ones. In this case, Jo said, Ditty reached out for photos with her daughter earlier this year.

“I felt so bad for the grieving mother that I decided to do $500 worth of work for free because of the situation,” Jo wrote.

The touching images Jo created showed Ditty with an angelic Macy Grace, created through special effects, in the graveyard.

After creating the images for free, Jo was shocked to see Ditty charged with murder in the case.

Jo called the detective in charge of the situation.

But, Jo said, “I find out that she wanted these photos just to lie to the public, to cover up what she did so she can look like the grieving mother.”

In court Monday, District Attorney Billy West said that Ditty will be appointed a public defender.

West said that he was not sure if the pair would be tried in one case together or separately.

West said that the injuries to little Macy were “homicidal.”