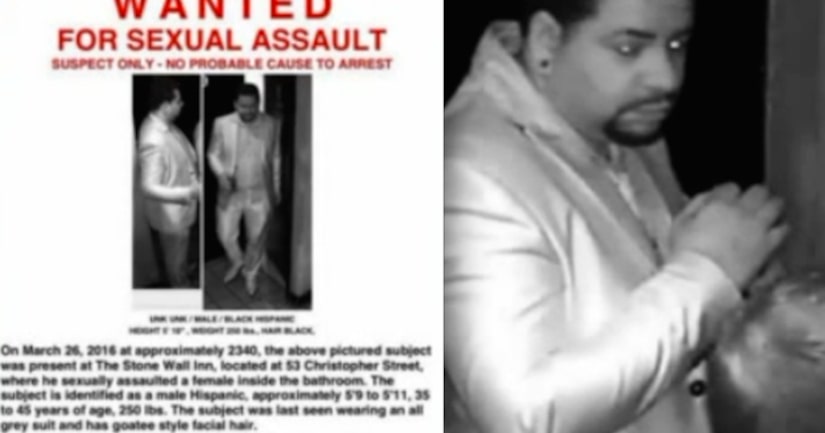 NEW YORK -- (WPIX) -- Police are circulating flyers with the hope of locating a suspect in the sexual assault of a transgender woman at the Stonewall Inn.

She claims the man barged into the single person bathroom Saturday night, groped and sexually assaulted her.

According to her account, the man ran off and returned minutes later to attack her again.

Chief of Detectives Robert Boyce said police have a clear image of the man from a security camera and said he is known to patrons. He's hopeful of making an arrest in a matter of days.