Crime Watch Daily has an update on the murder mystery of Anjelica "AJ" Hadsell, a beautiful teen from Norfolk, Virginia, who vanished on March 2, 2015, and was later found dead on April 9, 2015.

An inmate has just come forward saying he knows who killed her.

AJ was last seen alive home for spring break in 2015. Her remains were found 40 miles away from her home in the back yard of a vacant house, hidden behind tall grass and weeds.

And in a mysterious twist, pathology results on AJ's remains revealed that the 18-year-old died from acute heroin poisoning. AJ's adoptive father, Wesley Hadsell, insists his stepdaughter never did drugs.

Police arrested Wesley Hadsell for obstruction of justice in the case. Those charges were later dropped, but he pleaded guilty to ammunition charges, and could face life in prison because of prior felony convictions.

Cops have long been looking at his possible connection to AJ's disappearance. Hadsell continues to maintain his innocence

Now, in a stunning development that could be a big shakeup in the case, Amin Garcia, a former prison mate of Hadsell's, may be turning jail informant.

Garcia, who's serving life for multiple rapes, claims Hadsell allegedly confessed to having something to do with AJ's death and disappearance.

Records show detectives watched Wesley Hadsell's every move for a week. They saw him driving erratically, changing his clothes, at one point even wearing a mask to hide his face.

The records say police used that information as probable cause to search Hadsell's hotel room, where he was living at the time.

Investigators seized Hadsell's work van GPS. By looking at tracking data stored inside the GPS, they follow his path that leads them directly to the house where AJ's body was found.

For now Wesley Hadsell sits behind bars without bail.

And from his jail cell, Hadsell vows to find what he calls the truth and find justice for AJ. 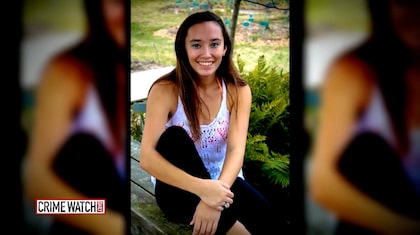