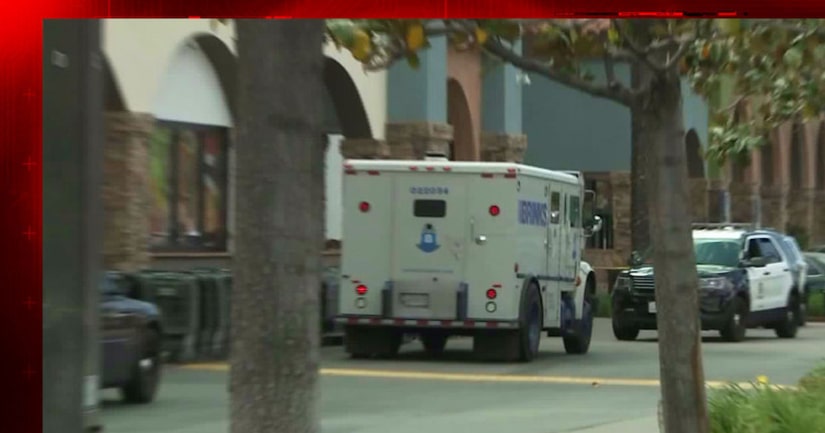 GRANADA HILLS, LOS ANGELES -- (KTLA) -- An armed man stole an unknown amount of money and a guard's firearm during the robbery of an armored truck in Granada Hills on Tuesday, prompting investigations by the FBI and LAPD.

The robber approached a Brink's truck and demanded cash from the driver while the vehicle was in front a CVS/pharmacy, a police detective on scene said. He got away with one bag of money and demanded the truck's armed guard hand over his weapon, which the guard did.

The truck tried to chase the suspect, but he got away, the detective said.

A man in a gray hooded sweatshirt, armed with a handgun, fled on foot after the robbery, Ludwig said.