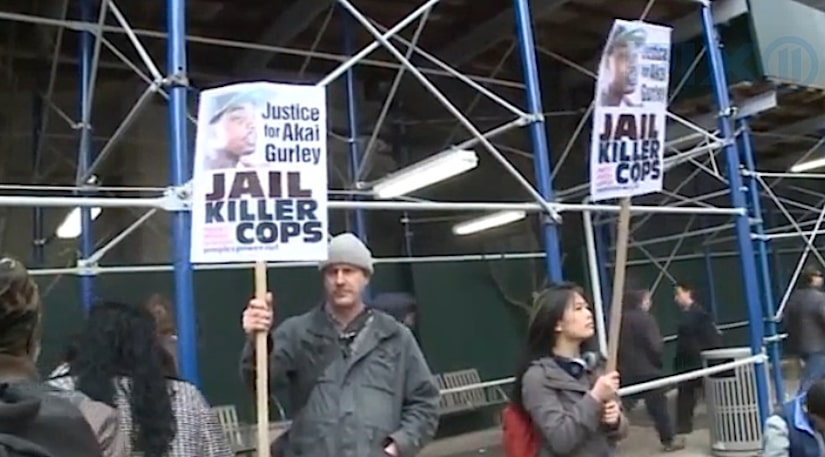 NEW YORK -- (WPIX) -- A former police officer convicted of accidentally shooting an unarmed man in the stairwell of a New York City apartment building has apologized to the man's domestic partner.

Peter Liang met with Kimberly Ballinger Thursday morning at an office near the Brooklyn District Attorney. Ballinger's attorney, Scott Rynecki, says Liang expressed remorse over the death of 28-year-old Akai Gurley. She in turn told Liang that because of his actions, her 3-year-old daughter will grow up without a father.

Rynecki says the meeting was arranged by Liang's attorneys. He was convicted of manslaughter by a jury. Prosecutors said they won't seek jail time.