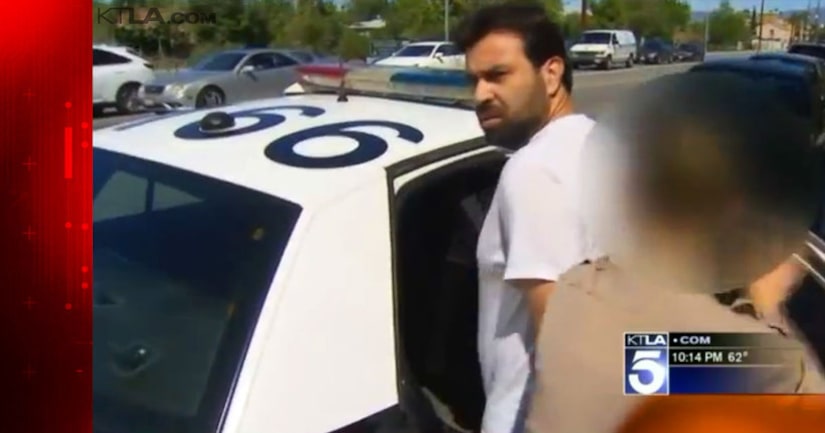 LOS ANGELES -- (KTLA) -- A North Hollywood man was arrested Tuesday for allegedly stealing from a dead man whose body he picked up from a home in Lancaster, the Sheriff's department revealed Wednesday.

On March 5, Fernando Moguel retrieved the man's body from a home in the 48000 block of 20th Street W., according to a news release from the Los Angeles County Sheriff's Department.

Within 48 hours, investigators alleged Moguel stole the pink slip for the deceased man's car and then transferred it to his own name.

In addition to the car, the 43-year-old Moguel was also accused of stealing weapons and other items from the victim.

Moguel was arrested and booked for grand theft vehicle and possession of a stolen firearm. His bail was set at $35,000.