The Greensboro News & Record reports strategists at the National Center for Missing and Exploited Children hope that such a short video made from her photos, with her story between the images, might draw needed attention to the four-year-old case.

MORE: Since Tyarra Williams disappeared four years ago, tips and leads have dried up. Hope is all that's left - Greensboro News & Record

Tyarra Williams: Smart, pretty, and gone. Where did she go? The 19-year-old vanished near her home on the cold winter night of January 7.

Danielle is frantic to find her daughter.

"I never expected to see my child's face on the news," said Danielle.

Danielle remembers Tyarra saying she was going to visit a friend at an apartment complex and would be back in an hour. But Tyarra never returned.

"My motherly instinct tells me that she's still alive and that if she could be home, she would be home," said Danielle.

Detectives are stumped, and suggest foul play could be involved.

In what could be an ominous sign, police say Tyarra has not sent a text, nor has she been on any social media since she disappeared.

"She frequently had her phone with her -- text or call -- so it's very suspicious since there has been no activity on her phone," said Greensboro Police Detective Lance Wills.

Now Tyarra's face is on billboards all over town while friends and neighbors canvass the area looking for clues.

For now, Tyarra's family and friends are grasping for any clue, any lead. The family created a Facebook page to get the word out.

"You never know that one little small thing that you think is not important could be important to us," said Danielle. "That's my child, that's my daughter, that's my baby. There will never be a point that I stop searching for her."

In what could be a new development, detectives are now saying they believe Tyarra disappeared after she visited her friend and was apparently on her way home -- a small detail that could help solve the mystery of the missing teen.

"What I'm hoping for is to come across a neighbor or someone from the neighborhood that has seen her, knows something, a possible clue," said Danielle Williams.

A $2,000 reward is being offered for solid tips about Tyarra Williams. 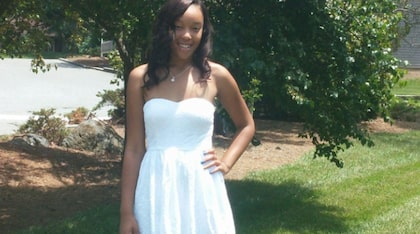