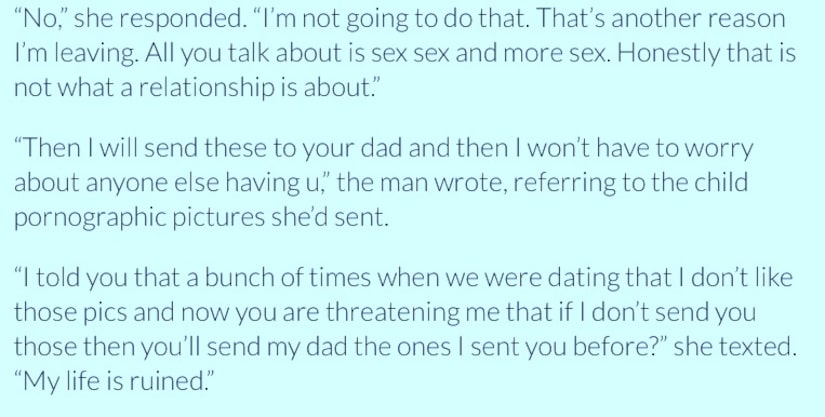 SYRACUSE, N.Y. -- (WPIX) -- A 41- year-old Herkimer County man admitted in court Monday to posing as a teen boy in order to trick his own daughter into sending him naked pictures of herself, according to Syracuse.com.

Court records show the man set up accounts over multiple social platforms in September 2013 under a fake name and began chatting with his 14-year-old daughter while pretending to be a 16-year-old boy.