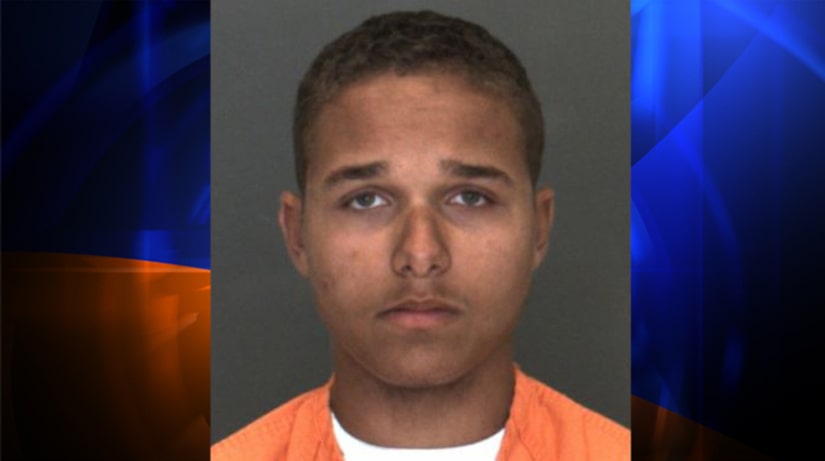 LOS ANGELES -- (KTLA) -- An 18-year-old man was arrested Sunday by deputies responding to a call of a sexual assault at a home in Hesperia, the Sheriff's Department announced Tuesday.

When deputies arrived at the home, they found Charles Toland and an unidentified female, who was lying on the floor in another room, according to a news release from the San Bernardino Sheriff's Department.

The victim's hands, feet and mouth were bound with duct tape, the release stated. She had suffered substantial injuries and told deputies she had been raped and beaten by the suspect for several hours.