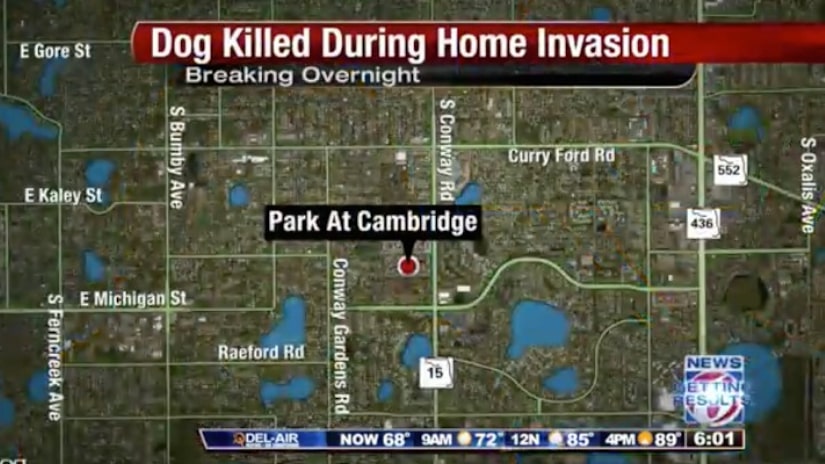 ORLANDO, Fla. -- (WKMG) -- Orlando police are searching for two intruders who pistol-whipped and robbed a man during a home invasion before stealing his Mercedes and shooting his dog dead.

The armed home invasion occurred early Wednesday at The Park at Cambridge Apartments on Conway Road.

According to Orlando police, two unknown assailants forced their way into an apartment and robbed a man at gunpoint. Police said they stole the man's car and shot and killed his dog while they were fleeing the home.