MONTOURSVILLE, Penn. -- (CWD) -- Crime Watch Daily update: Hundreds of supporters turn out at a fundraiser to aid Gary and Linda Inch in the search for their daughter Michelle.

"We just want them to know that we are always here for them and that they are not going through this alone," said Andrea Turner, Michelle Inch's cousin.

Gary and Linda are survivors after two armed men broke into their home in January, bound them with duct tape, robbed them and torched the house, leaving the couple to be burned alive.

Incredibly, the Inches managed to escape, only to find that their daughter Michelle, 31, had gone missing.

At the March 11 fundraiser, Gary and Linda spoke to Crime Watch Daily affiliate WNEP about their hopes for finding their daughter.

"Well obviously we still have some hope that maybe they'll find her," said Linda Inch, Michelle's mother. "However, after so much time, it's getting less. There's a lot of time gone."

As for Houseweart and Vroman, neither defendant has entered a plea.

Both men are facing 43 counts, including attempted homicide. 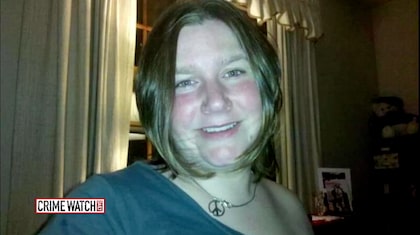 Daughter missing after parents' home broken into, set on fire