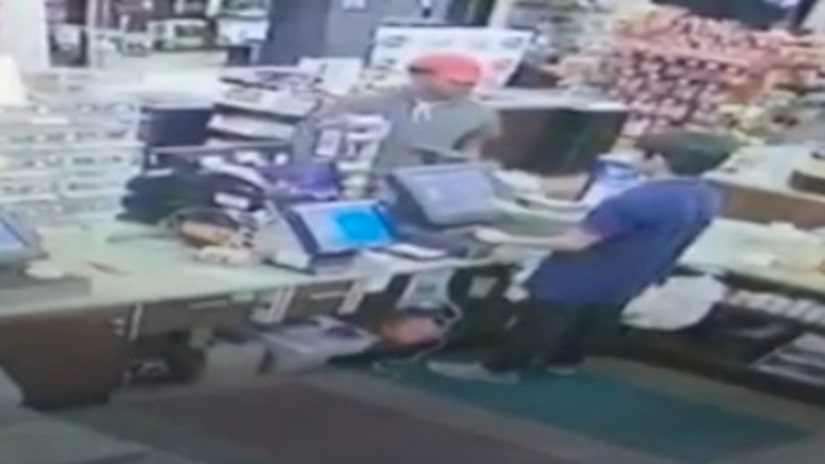 HOUSTON -- (KIAH) -- Frightening surveillance video from the Raceway convenience store off FM 1960 at Mills Road ends when the intruder shoots and kills the store owner.

Police say a black male with a red cap, entered the Raceway and held the clerk at gun point, demanding money. Instead of complying, the clerk took off to the back of the store office, where the owner, 52-year-old Zia Siddiqui, happened to be doing paper work.

The video shows Siddiqui and the clerk trying to close the door, but the suspect pushes his way in and opens fire, shooting Siddiqui. Before he collapsed, Siddiqui went for his gun and was able to get off some shots, possibly shooting the suspect in the arm.