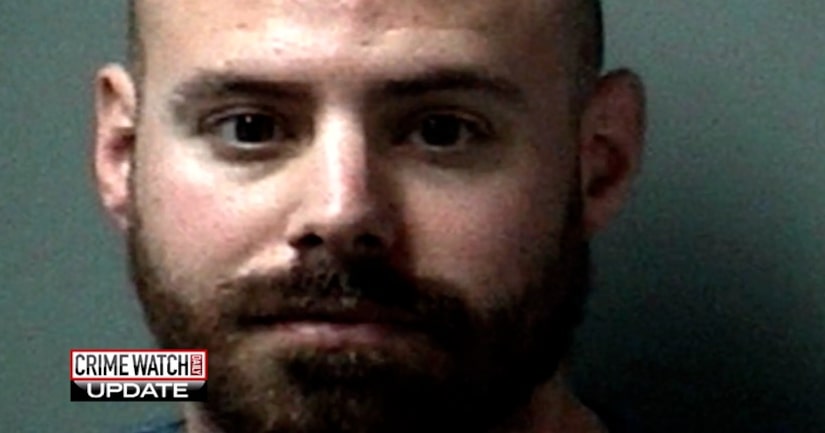 UPDATE March 31, 2016: A Greeley, Colorado jury has acquitted Tom Fallis, finding him not guilty of murder in the second degree in the death of his wife Ashley, Crime Watch Daily has confirmed.

The prosecution and defense rested in the trial Wednesday afternoon and jurors began deliberating around 10:30 a.m. Thursday after both sides gave closing arguments.

Fallis, a former Weld County sheriff's jail deputy, stood trial for murder in the death of his wife Ashley on New Year's Day 2012.

Ashley was shot in their bedroom. She was rushed to a hospital emergency room and pronounced dead from a single gunshot wound to the head.

Her death was originally ruled a suicide until a KDVR investigation uncovered new evidence. Fallis was indicted, accused of killing his wife.

Fallis faced trial on a second-degree murder charge and pleaded not guilty.

A highly anticipated trial started this week in Colorado against a former sheriff's deputy accused of killing his wife.

Ashley Fallis had a storybook life: a nice home in Evans, Colorado, a loving husband, and three wonderful children. She was looking forward to celebrating New Year's Eve with her family. But the party took a tragic turn. Ashley wouldn't live to see the next chapter of her life unfold.

Ashley's husband, Tom Fallis, frantically called 911 and told the dispatcher his wife killed herself early on the morning of January 1, 2012.

Crime scene photos of the bloody bedroom show a 9-millimeter Beretta handgun on the floor with blood splatter on the wall and hanging pictures askew.

Why would Ashley want to end it all? Tom reportedly told cops she was depressed because they were having trouble conceiving another child.

But Ashley's mother says she didn't want to end her life -- she wanted to end her marriage. She believes it was no suicide.

"Ashley came to me and she told me that Tom was having an affair, and that she was considering seriously divorcing him," said Jenna Fox, Ashley's mother. "She went out and got paperwork for that."

Jenna Fox says that night she sensed something troubling. She said Tom's smiles masked his rage and anger. She says he just exploded after someone brought marijuana to the party, and he threw everybody out of the house.

"He was irate and explosive, telling us he hated us and to 'eff' everybody, and then he went to his room and slammed the door," said Jenna Fox.

Less than an hour later Ashley was in the emergency room, dead from a single gunshot wound to the head.

"I knew that she wasn't able to be saved," said Jenna. "I asked the doctor the first time where the bullet was, and he told me, told us, so I said there's nothing, and he said no."

Evans police officers took Tom to the station to give a statement.

In the interrogation video, Tom screams, proclaiming his innocence to the detective who seems to suspect something else went down.

The detective was suspicious because Tom had fresh scratches on his chest. Tom's explanation was that he "manscapes," i.e. cuts and grooms his body hair.

Cops took pictures, measured the wounds and swabbed them for DNA.

Then the detective asks Tom about the gunshot.

"That wound on the back of her head isn't where she could do it herself, Tom, it is not -- " the detective says in the interrogation.

Tom says he was in the closet when Ashley pulled the trigger. So how did he get so much blood on his shirt?

Even more disturbing, it appears Tom doesn't understand police procedure, which is strange since he works for the sheriff's department as a corrections officer.

After nearly five hours, a fellow deputy gives Tom a hug and a pat on the back -- he's free to go.

One of the Fallis daughters told police she saw "Daddy getting the gun ready and shooting mommy."

Cops discounted her statement because she also claimed to hear three gunshots. They found only one spent shell casing.

"I believe that there is a basis for a homicide charge filed against the husband, Mr. Fallis," said famed forensic pathologist Dr. Cyril Wecht.

Wecht examined the evidence and says the small amount of blood splatter on the wall, and the large amount of blood on Tom's shirt, point to homicide, and to Tom Fallis as the gunman.

"Fallis either deliberately, with some knowledge as a police officer, shot her in that fashion to stage it as a suicide, or he just got lucky," said Wecht.

KDVR found other evidence pointing to Tom that the cops apparently ignored: Cops knew Tom had scratches on his chest. Traces of his DNA were under Ashley's fingernails. And the next-door neighbor says he heard Tom talking outside his window that night admitting to his parents he killed Ashley.

Because Fallis was an officer, the sheriff's department sent six deputies to the scene to assist Evans Police. But KDVR discovered that none of the deputies filed a report.

Sources say that Fallis confessed to one deputy, but he failed to report it until nearly three years after Ashley's death.

Tom Fallis and the kids left Colorado, returning to his hometown of Bloomington, Indiana. That's where police arrested him.

Fallis now faces trial on a second-degree murder charge. He denies that he killed Ashley, and pleaded not guilty.

The deputy and the neighbor who allegedly heard his confessions are expected to take the stand, as are Ashley's two little girls. Prosecutors say they will present new evidence: police body-cam footage they say shows Fallis enraged on the night police responded to the shooting.