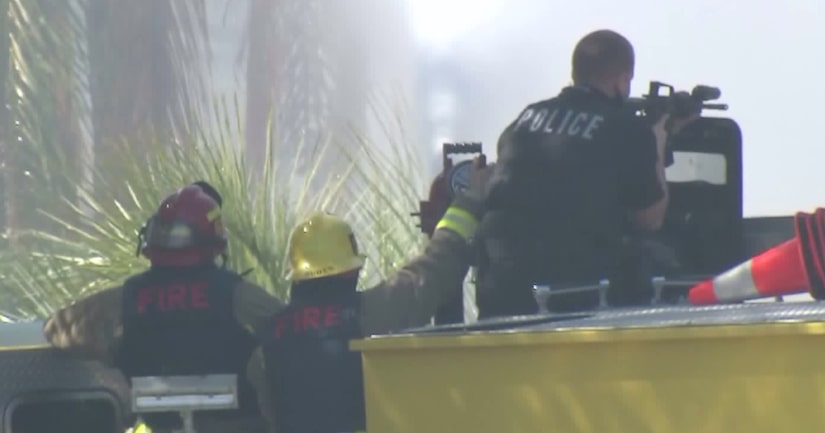 CHINO, Calif. -- (KTLA) -- A man accused of shooting at officers after a deputy attempted to serve an eviction notice was believed to have died after setting fire to his home during a barricade situation in Chino Wednesday, police said.