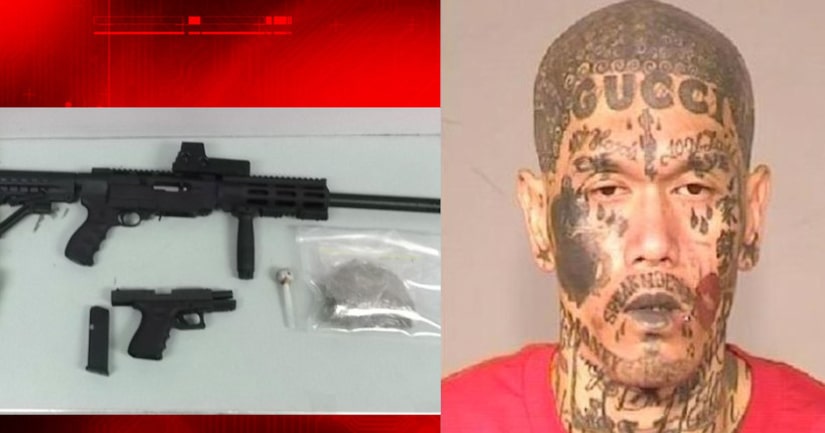 FRESNO, Calif. -- (WBFF) -- Fresno Police said they arrested a known gang member after pulling him over in southeast Fresno and searching his house Monday.

Police said they pulled over 33-year-old Khamprasong Thammavong. Thammavong was on probation as part of the AB-109 early release program. Police said that made him and his home subject to a search.

At Thammavong's house, police said they found pictures of him posing with guns. They said they also found a semi-automatic rifle, a semi-automatic handgun, law enforcement-type tactical gear, 38 marijuana plants and drug paraphernalia.

Police said Thammavong did not have a license to grow marijuana. He was arrested on several felonies related the guns and marijuana.