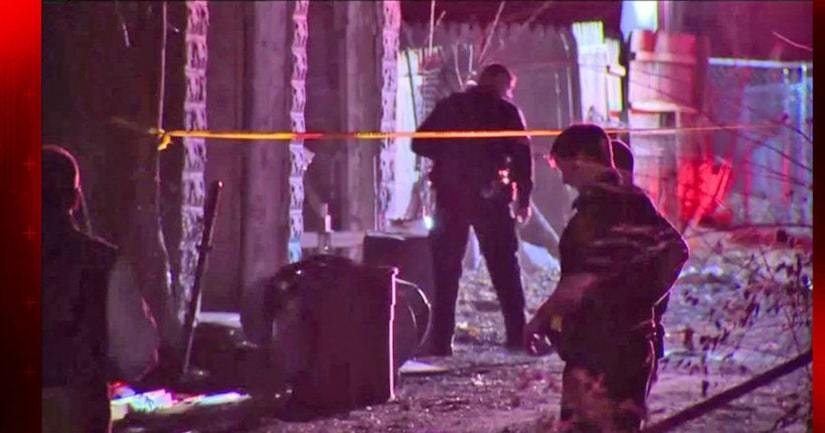 WILKINSBURG, Penn. -- (WNEP) -- A backyard cookout turned into a bloodbath overnight in Wilkinsburg, Pennsylvania — ending with five people dead, three others hospitalized and a manhunt for two suspected shooters.

The suspects remain at large as authorities try to determine their identities in the shooting in the borough just east of Pittsburgh.

“Right now, we are asking for anybody who heard or saw anything in the area … to call (police),” Allegheny County police Lt. Andrew Schurman told reporters early Thursday. “We don't have a lot of details.”

The first shots rang out from an alley behind a house in Wilkinsburg shortly before 11 p.m. Wednesday. Partygoers responded by trying to escape through the back of the house — only to have someone open fire from a yard adjacent to the residence, according to police.

Jackie Johnson recalled hearing a constant rat-a-tat of about 30 gunshots.

“When I came out, people were screaming and running,” the neighbor told CNN affiliate KDKA-TV. “And bodies were laying on the … porch.”

Police arrived to find four people — three females and one male — lying dead on the home's back porch. A fifth person, a woman, succumbed to her wounds at a nearby hospital.

Allegheny County authorities said three of the five slain were siblings — Jerry Shelton, Brittany Powell and Chanetta Powell. The other two killed were Tina Shelton and Shada Mahone. The victims ranged in age from 25 to 37.

Two wounded men were in critical condition late Thursday morning, while one woman had already been treated and released.

Ballistic tests indicate the pair thought to have shot them escaped on foot, with no details offered on where they went, how they knew the victims (if at all) or whether they eventually used a getaway car.