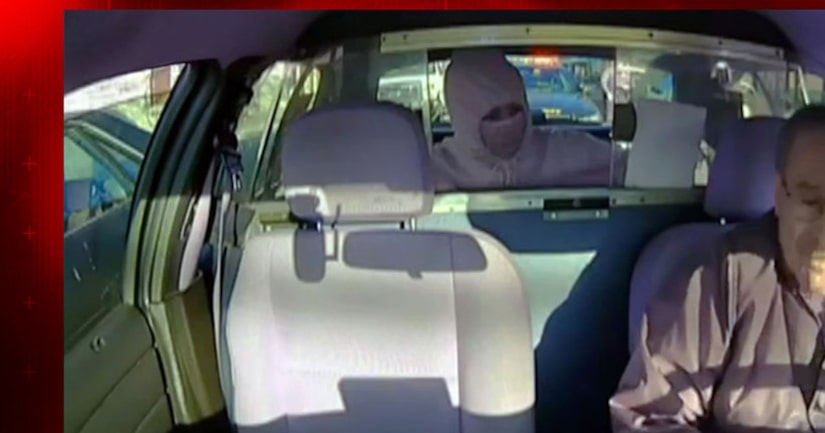 Waiting behind the cab was Berks County Deputy Sheriff Terry Ely, who became suspicious when the car failed to move as the traffic light turned green multiple times.

Inside the car, cameras mounted on the ceiling recorded 18-year-old Victor Martinez-Herrera demanding, “Give me all your money man! Give me everything you got!” while pointing what appeared to be a pistol at his head, according to officials.

The shaken taxi driver, Ralph Valletta, handed over $11, telling Martinez-Herrera he had just started his shift and had no cash. That's when the deputy decided to flash his lights and walk up to see what was happening.

“When he approached the vehicle he heard yelling,” Sheriff Eric J. Weaknecht said. “The deputy saw the defendant in the back seat with a handful of money, he couldn't see the gun at first.”

As the deputy approached the car, Martinez-Herrera yelled “fake gun” and put his hands up, complying with the Ely's orders to get on the ground.

Sounding incredulous at his own luck, Valletta exclaims, “You're a lifesaver, oh my God!”

Martinez-Herrera faces charges of robbery, terroristic threats and simple assault. He's being held on $100,000 bail at the Berks County Jail.

FULL STORY: Gunman tries to rob taxi driver but forgets to look behind him - WPIX