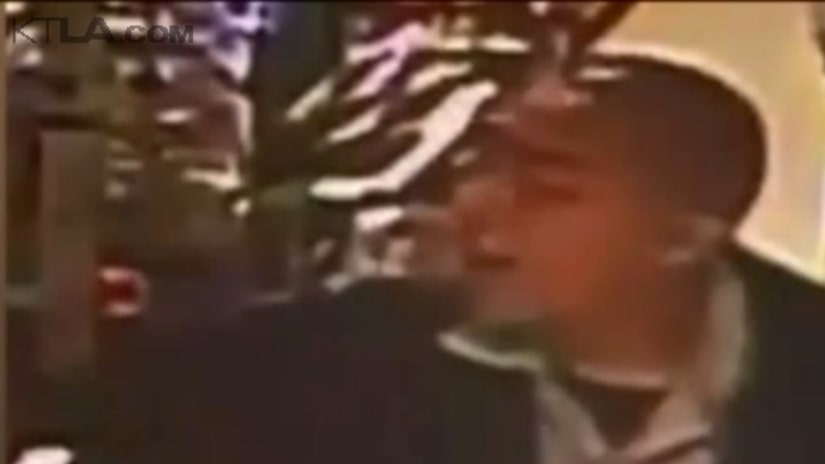 LOS ANGELES -- (KTLA) -- Police were asking for the public's help Thursday in identifying a man wanted in a series of strong-arm robberies committed within hours of each other in a two to three block radius in the Pico-Union area.

The first incident was recorded on surveillance video around 5:30 p.m. on Jan. 22 at a market in the 1800 block of West Pico Boulevard.

After entering the store, the robber can be seen arguing with a clerk. The man then grabs a case of beer and punches the clerk before leaving, the video showed.