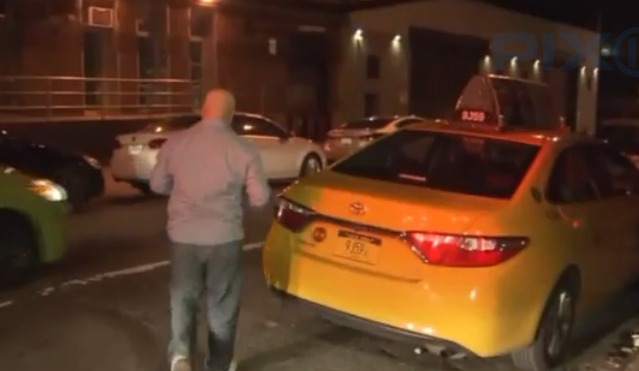 WPIX
WPIX - "The cabbie was dropping off the suspects, ages 17, 20 and 21, when one of them, seated in the middle backseat, placed his arm through the partition and used an unknown item to cut his face before fleeing."

BROOKLYN -- (WPIX) -- Police said they have nabbed the three passengers who allegedly attacked a yellow taxi driver as he was dropping them off in Williamsburg.

The incident happened on North 5 Street and Wythe Avenue in Williamsburg around 3:40 a.m., police said.