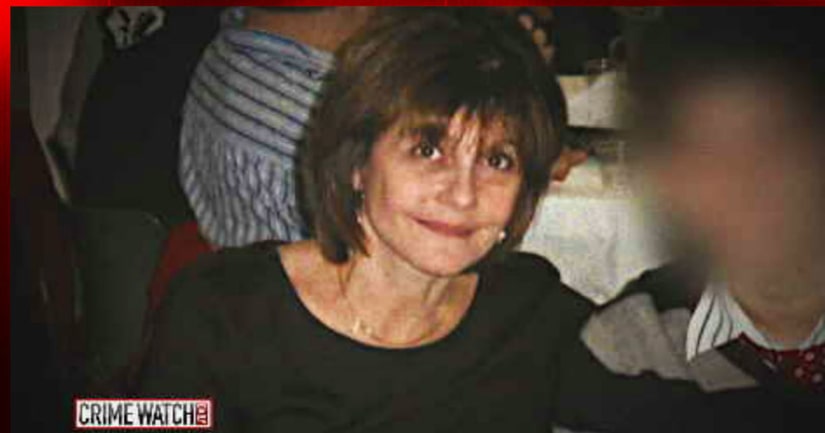 A woman is stabbed outside her lawyer's office in Cleveland in March 2013, just two days before her divorce trial was scheduled to begin. Now nearly three years after her murder, there's been a rather surprising arrest.

It starts with a chilling call to 911: A passerby sees Aliza Sherman, a mother of four, in the alleyway of an office building, bleeding from 11 stab wounds.

She had her purse when she was found, so police rule out robbery as a motive.

The savage attack left her best friend Jan Lash in shock. She spoke to Sherman an hour before she was stabbed to death.

"We just had our usual conversation, girl talk," said Lash. "She was a little anxious because she was going to court soon."

That's why Sherman went downtown on a Sunday. She was there to visit her divorce lawyer. That meeting never happened.

Jan Lash told Cleveland affiliate WJW that she offered to go with her, but Sherman said no thanks.

Little did she know it would be their last conversation.

Lash says Sherman wanted to change divorce attorneys, but it was too late. Aliza Sherman and her husband were due in court the next morning.

"It's so bizarre, and she was so unsure of her attorney at the time, you know, and she just had bad vibes," said Lash.

Aliza Sherman's murder revealed a family torn apart, and filled with fear. She and her husband, Sanford Sherman, a retired ophthalmologist, were facing contentious divorce proceedings.

Police say they interviewed Sanford Sherman, but he then hired a prominent defense attorney and has not been talking with detectives.

"My mother deserves justice, and the monsters who killed her must be found," said Jennifer Sherman, the couple's daughter.

The spotlight on the husband and the lawyer have all come to light because of an explosive lawsuit filed by Jennifer Sherman against her own father over her mother's estate.

Court papers in connection with the daughter's civil suit over her mother's estate show Aliza wrote to a family friend: "I am really afraid he is going to have me killed. I am afraid of him and what he will do."

Jennifer also claims she lives in fear of her father, and is even afraid to go to a deposition because "she may experience physical harm."

In another deposition, a friend of Sanford's said he asked him during a walk on a Cleveland beach, "If somebody was going to commit murder, how would they get away with it?"

Sanford Sherman has never been named as a suspect in Aliza's murder.

Moore had little to say as he headed into court for his arraignment. He pleaded not guilty on Feb. 19, 2016.

Prosecutors aren't charging him in connection with Aliza's murder, but they say the lawyer lied to cops about his whereabouts the day of the stabbing.

The 16-count indictment charges Moore with tampering with evidence, forgery and terroristic threats. It alleges Moore sent Aliza false text messages before and after her murder, indicating he was waiting for her in his law office. But the building's key card showed he left an hour before the scheduled time.

Moore denies having anything to do with Aliza's murder, and he is not considered a suspect. Police won't say whether the divorce attorney and Aliza's husband have any ties. Sanford Sherman's attorney told Crime Watch Daily he has no comment on recent developments or the civil suit.

So who is that person in the hoodie caught on surveillance video? Cops never could identify who it was.