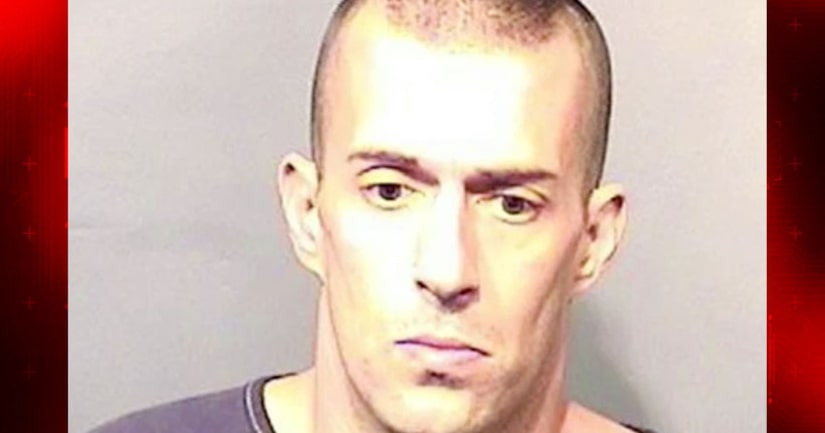 TITUSVILLE, Fla. -- (WJXT) -- An attack on a Brevard mosque using raw bacon and a machete could potentially garner a Brevard County man up to life in prison as a result of a recently added hate crime enhancement, authorities say.

Michael Wolfe, 35, was charged with armed burglary of a structure and criminal mischief of a place of worship in connection with the New Year's Eve break-in and desecration of the Islamic Society of Central Florida Masjid Al-Munin Mosque in Titusville.

Police said the convicted felon acted alone when he broke into the empty mosque with a machete at night, slashing at windows and other property before leaving behind a slab of raw bacon in and around the front door. A surveillance video shows the intruder dressed in camouflage pants and carrying a backpack as he steps into the carport at the mosque.

The attack -- one of a several acts of vandalism reported at Islamic centers across the country -- drew national attention from advocacy groups like the Council on American-Islamic Relations. The incident left many in fear at the small, 50-member congregation.

The state attorney's office reviewed the case and brought formal charges against Wolf earlier this month. Both charges now carry hate crime enhancements, which means the potential sanctions in the event of a conviction are increased. In the case of the armed burglary charge, Wolfe could now face up to life in prison if found guilty, although the case and any sentencing still hinge on whether a plea deal is reached, Wolfe's prior record and the discretion of the judge.

Imam Muhammad Mursi, who oversees a network of mosques in Central Florida. lauded the state attorney's office's effort to pursue the case as a hate crime.

"We have been hoping for that to happen. It was clearly a hate crime," Mursi said. "Obviously, we were lucky that no one was there that night. He had a a machete; someone could have been killed."

A trial date has not been set.