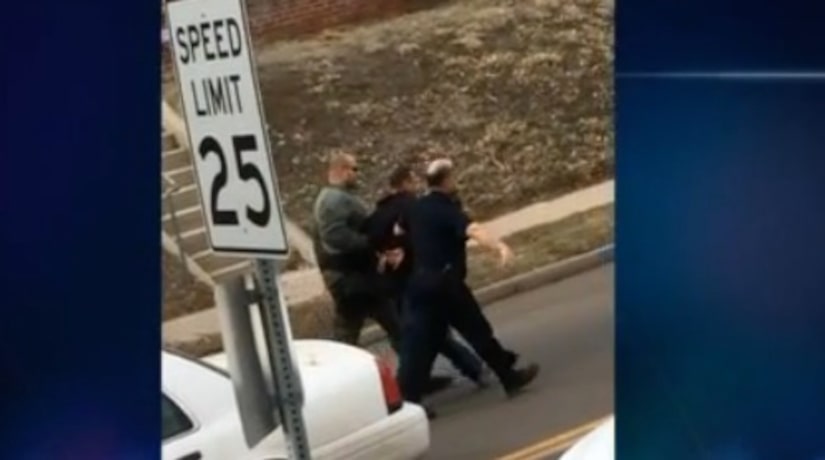 DENVER -- (KDVR) -- A female police officer was shot while on duty Monday afternoon and a suspect was fatally shot, the Denver Police Department said.

She and another officer were responding to a report of a robbery in progress near the intersection of West 37th Avenue and Grove Street just before 1:30 p.m.

One suspect was taken into custody, but the second suspect took off on foot. Officers chased him to West Lowell Boulevard and West Montcrieff Place, where they exchanged gunfire.