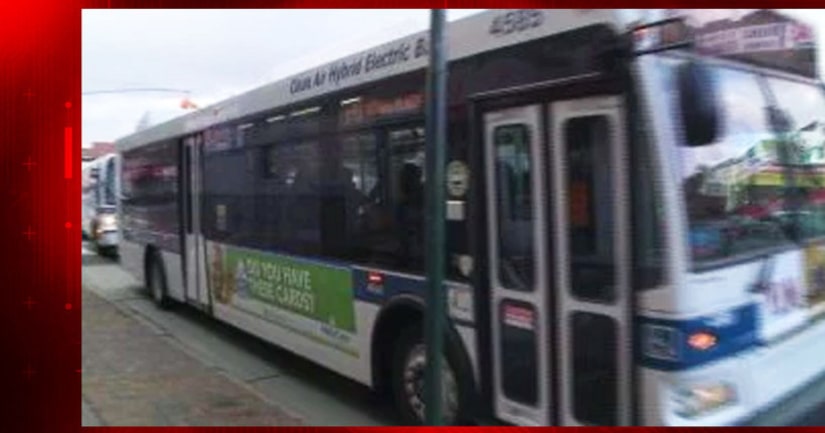 UPPER EAST SIDE -- (WPIX) -- A smoking passenger commandeered an MTA bus Tuesday and went on a three-block joy ride before police finally stopped her, authorities said.

It was about 7:10 a.m. when police received a call about an emotionally disturbed person on an M101 bus.

That passenger allegedly lit a cigarette on the bus. When the driver told her to put out the cigarette and get off, she refused, police said.

That's when the driver pulled over at East 97th Street and Third Avenue, called police and a new bus pulled up to take the other passengers and continue the route, NYPD said.

After the passengers and the driver exited the bus, the woman stayed behind. with the bus all to herself, the woman allegedly jumped behind the wheel and took off, police said.

She drove it to East 100th Street and Third Avenue — about three blocks — and was arrested, police said. She's been taken to a hospital for a psychiatric evaluation. Charges against her are pending.

The woman's name has not been released. Police said she's 34 years old.