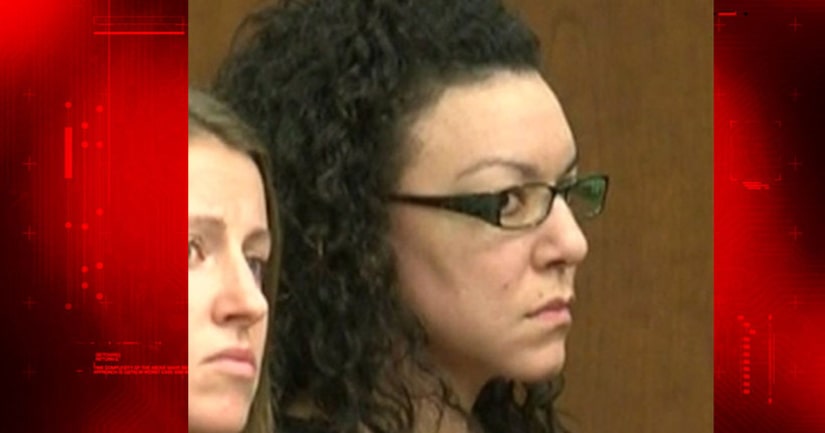 BOULDER, Colo. -- (KDVR) -- Dynel Lane, the Longmont woman accused of attacking another woman and cutting the unborn baby from her womb, was found guilty of six felony counts, including attempted first-degree murder and unlawful termination of a pregnancy, by a Boulder County jury on Tuesday morning.

The 12-person jury received the case late Monday morning and deliberated until about 5 p.m. without reaching a verdict. It returned at 9 a.m. Tuesday and said it had reached a verdict just before 10 a.m.

Lane showed no emotion as the judge read the verdicts that included four guilty verdicts for felony assault charges.

Lane had pleaded not guilty for the March 18, 2015 attack that left Michelle Wilkins' unborn daughter Aurora dead. Wilkins went to Lane's home after responding to a Craigslist ad for baby clothes.

Wilkins recounted the attack in testimony on Wednesday. On Thursday, the jury heard from doctors and police as physical and forensic evidence was presented.

Before resting Friday, the prosecution played a taped interview as Lane was questioned by detectives from the Longmont Police Department. Lane told investigators that it was Wilkins who had a knife and tried to stab her.

Lane did not testify and the defense rested without calling any witnesses.

Defense attorneys had argued the attack was made impulsively and that it wasn't planned, and that she should be held accountable for reckless manslaughter and not attempted murder.

Lane could be sentenced to 140 years in prison if she is convicted on all counts. She will be sentenced April 29.