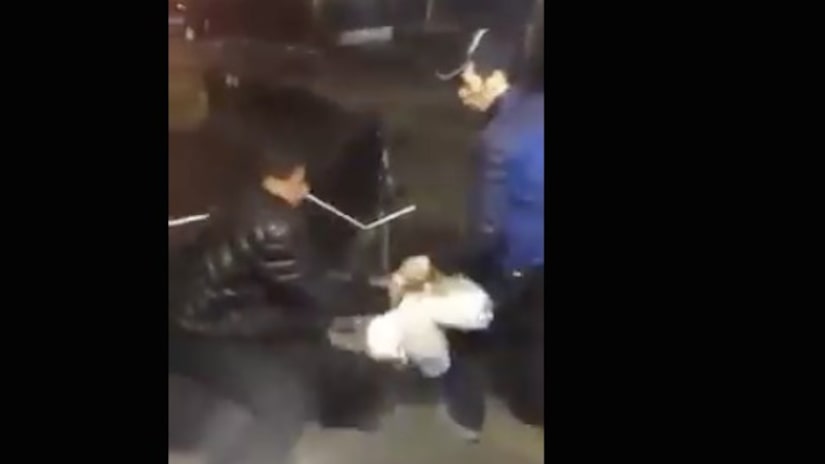 EAST HARLEM, N.Y. -- (WPIX) -- Disturbing video posted on Facebook over the weekend shows a group of teens snickering as they torment a delivery man.

The assault happened at the Wagner Houses, according to the description and comments on the initial Facebook post.

Video shows the delivery man, clutching several bags of food, walk out of the lobby just before a teen blindsides him, knocking him to the ground.

The assault appeared to have been planned, as the person filming yells “World Star” before the shove, referring to the website infamous for knockout videos and other disturbing content.