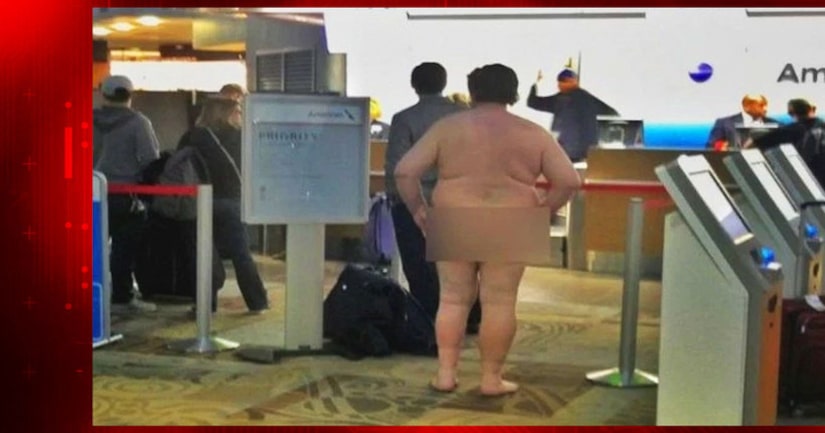 NASHVILLE, Tenn. -- (WPIX) -- Travelers at Nashville International Airport got quite the surprise when they saw a naked man walking around on Sunday, WSMV-TV reported.

A man traveling from California to Nashville for business sent pictures of the incident to WSMV-TV.

Airport patron Tod Brilliant said what shocked him even more than the naked man was how calm other travelers were about the situation.

A spokesperson from BNA said the man was taken into custody for public indecency.

This is not the first time he has been arrested.

Airport officials said he has been seen walking outside the airport without clothes on but never inside the terminal.