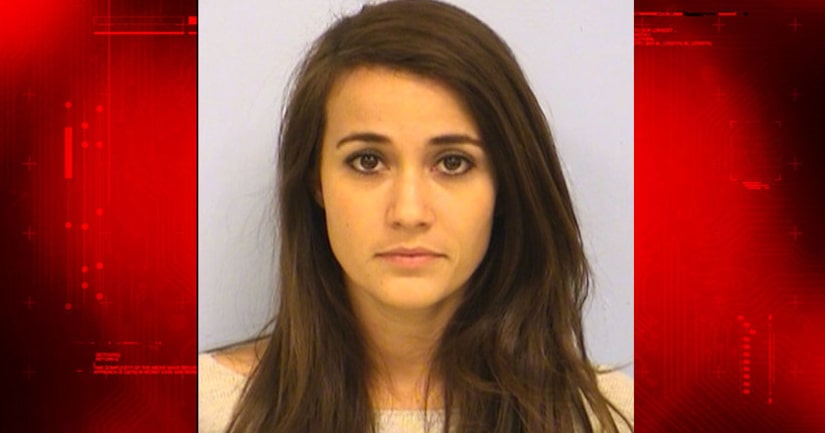 AUSTIN -- (KXAN) -- A former Westlake High School teacher was arrested and charged Thursday morning with two counts of improper relationship between educator and student. Both are second degree felonies.

Haeli Noelle Wey, 28, resigned from Westlake High School on Oct. 30. Both students were minors at the time of the relationships, according to the Travis County Sheriff's Office.

According to an arrest affidavit, law enforcement were made aware of the allegations on Oct. 23 when school administrators received word of possible inappropriate text messages between Wey and a 17-year-old male student. When investigators spoke to the student, he said he met Wey at summer camp and didn't realize she was a teacher at his school until he started the new school year in August. The victim said he started communication with Wey in mid-September about random things.

The court document goes onto say the messages came to light when the victim's friend accessed his Instagram account and found the correspondence with the teacher about meeting up for a hike at the end of September. The victim told police he did kiss Wey on the hike. When asked if he was expecting to have sex with Wey, he said “yeah,” continued in the affidavit.

While investigators were questioning the initial student, a second 17-year-old student came forward and said he had sex with Wey several times over the span of two months but he stopped because he found out she went on a hike with the other student, according to the affidavit. The second victim told police Wey's family was close to his family and the two had met at ministry program in June of this year. He said their relationship escalated when Wey accompanied his family on a trip.

The sheriff's office investigation is ongoing.

The district also notified Child Protective Services and the Travis County Sheriff's Office regarding the investigation. Wey was hired by Westlake on Aug. 15, 2013.

In November, the Texas Education Agency said the number of investigations involving inappropriate relationships between teachers and students was on the rise. The number of agency investigations went from 141 in 2009-2010 to 179 in 2013-2014 and 188 in 2014-2015. Lt. Gov. Dan Patrick included the issue as one of the topics lawmakers are required to study between this and the next legislative session.