It's a world where loyalty and honor go hand in hand with violence and deception, a gritty street life ruled by bosses, enforcers and "made men."

"By the time I did my first murder, I was involved in several shootings," said John Alite.

In this treacherous world, John Alite is known as a mob "tough guy."

Alite was a career hit-man whose boss was John "Junior" Gotti, and his infamous father before him.

"I was summoned in to do a murder of a drug dealer that was using the Gotti name, specifically John Gotti Senior at the time, and involving his name in drugs," said Alite, who was about 25 then. "And they asked me to take this guy out."

Alite first met Junior Gotti as a teenager, and Junior was the best man at his wedding. Alite says when they were young, they ran a lucrative cocaine-trafficking ring and extorted other dealers in Queens, New York.

"They used me as a guy that would be an enforcer and wasn't afraid to get dirty," said Alite.

"A wise guy's a terminology for 'made' members of the mob, guys that are involved with the Italian mob," said Alite.

Alite isn't Italian, so he could never truly be a "made man" in the mob. But he was willing to do anything to be a part of it.

"There was money there and respect, and I came from an impoverished family that I wanted all that," said Alite. "The order came down from his father to Junior to me that it's time to get rid of this guy.

"I shot him several times in the head, in the back of the head," said Alite. "I took pride in it at that time."

Alite told his life story to renowned author and journalist George Anastasia, who wrote a groundbreaking book about the crime family called Gotti's Rules: The Story of John Alite, Junior Gotti, and the Demise of the American Mafia.

They took Crime Watch Daily on a tour of some of the meanest streets in Manhattan.

"This is the location where John Gotti Senior, Franky DeCicco and Sammy Gravano set up to kill Paul Castellano and take over the Gambino crime family," said Anastasia.

"Two bodies, one was right where we're standing, was Paul Castellano, and the other was on the other side of you, which would be Tommy Bilotti," said Alite.

"In many ways, the ultimate arrogant kind of hit, because you're doing it in a public place in front of a lot of people," said Anastasia. "And it's kind of Gotti's way of saying, 'What are you going to do?' That's what that hit was about."

The killing rocked the underworld and notoriously set up John Gotti Sr. as the new Gambino crime boss.

"Gotti took over, it was a hostile takeover and everything went from there," said Anastasia.

Alite says he was in the right place at just the right time to enter the Gambino crime family's inner circle.

"I was their personal guy through that family's history," said Alite. "I killed dozens of guys, and shot dozens more. So when they asked me to do something, there was no question. I did it."

Now Alite says he's a "remade man" who wants to shatter the illusions about the gangster life.

"What this life's really about, it's treachery, it's lies, it's sneakiness," said Alite.

John Alite fled the country in 2003 while facing a federal probe and concerns he was the target of a mob hit. He was nabbed in South America and spent two years in a brutal Brazilian prison.

"In Brazil, you're tortured. I was tied up, I was beat up, I was chained up," said Alite. "If you're going to be in prison, I give everybody advice: Don't run to Brazil."

In 2006, he was extradited back to the U.S. to finally face the music, and to testify against his former bosses.

"I admitted to more than a dozen murders," said Alite. "I was charged, I believe, with six conspiracies. I believe I talked about dozens of shootings, and I'm not proud of it."

He's also not at all happy now to be known as a "snitch," a traitor and a rat for his role as a star witness in the racketeering case against his former mob boss. He believes those terms belong to the Gottis.

"These guys have double standards: When it's OK for them, they rat," said Alite. "John Gotti Sr. sat in a room and talked about crime after crime and blamed them on Sammy Gravano. That's a rat. That's a 'dry snitch,' and in our laws that means that man needs to be killed."

Crime Watch Daily spoke with John Gotti Junior who admits Alite reported directly to him, and was his muscle for the mob. But Junior Gotti adamantly denies ever being a rat, saying: "For someone to call me a rat, it's just not right. It was my mistake talking with the FBI for 30 minutes. No one was ever affected, indicted, subpoenaed, as a result of what was said...other than myself."

John Gotti Senior died serving a life sentence in federal prison. Junior Gotti also spent time behind bars, but after facing four trials, which all ended in hung juries, he was released.

Alite famously testified at his racketeering trial, but the jury did not consider him a credible witness. He testified in court, saying: "When I went to restaurants, I didn't wait. When I went to shows, I got the best seats. We got treated like celebrities."

The testimony sounded like a line straight out of the movie Goodfellas.

After Alite talked, he eventually walked, serving only six years in federal prison.

Too many people, George Anastasia says, still glamorize the mob. He wrote his book to demystify the myth of the Mafia.

"It's not about honor and loyalty, it's about greed and treachery," said Anastasia. "The Mafia became a way to make money, not a way of life." 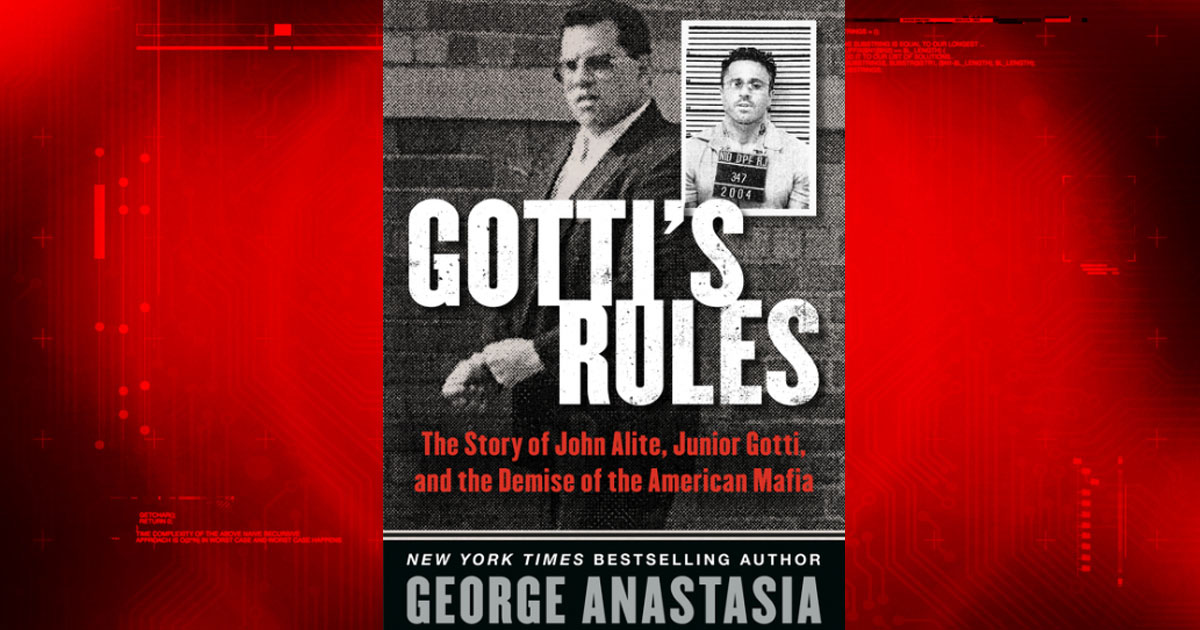 Crime Watch Daily is giving away three free copies of Gotti's Rules: The Story of John Alite, Junior Gotti, and the Demise of the American Mafia .