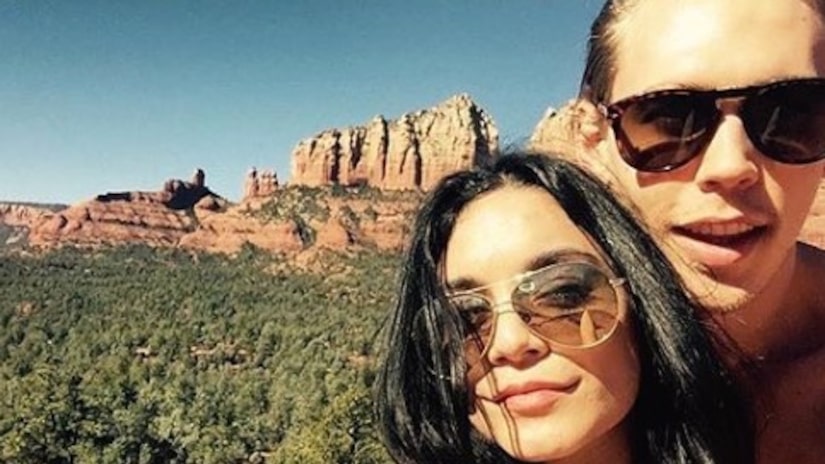 SEDONA, Ariz. -- (KNXV/AP) -- Oh to be young and in love. Full of hugs and kisses, couple selfies, and the meticulous writing of each other's initials within a heart onto anything.

Actress and singer Vanessa Hudgens ("High School Musical", "Grease Live!") and rumored boyfriend Austin Butler decided to celebrate the Valentine's Day weekend in the mountains in Sedona, according to pictures posted to her Instagram, which included the hashtag #sedonadreams.

However, one photo in particular is causing quite a stir here in Arizona. The post has since been deleted.

Scratched into Sedona's well-known red rocks is a roughly drawn heart with the words "Austin + Vanessa" inside.

While it may seem like an innocent act of flirting, it could potentially be a criminal act.

A spokesperson for the Coconino National Forest Red Rock District confirmed that the incident is under investigation, but could not provide any additional details.

The maximum penalty for any crime on federal land is a maximum fine of $5,000 or six months in jail, the spokesperson said.