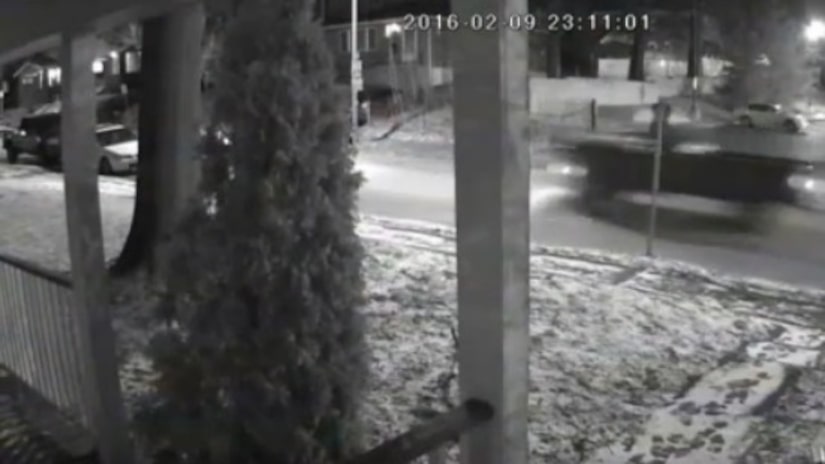 ST. LOUIS, Mo. -- (KTVI) -- Police are searching for the driver of a black pickup truck that struck a row of parked vehicles.

The incident happened Tuesday night on West Park near Hampton Avenue. A neighbor's security camera caught the incident, which has been posted to YouTube.

The video shows a black Dodge Ram ram slam into a white vehicle.Days later, evidence of the crime remains. The first vehicle sustained the most damage, with a folded hood, large dents and shattered lights.

Liz Eisenberger lives across the street. She did not witness the hit and run, but she has watched the security video several times.